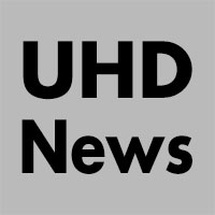 UHD's College of Public Service and Bayou Connection will co-sponsor an upcoming historical exhibition of artifacts in commemoration of the 70th anniversary of the end of World War II.

Presented by the Dr. Sun Yat-Sen Foundation of North America, the traveling retrospective includes a collection of historical documents, photos and memorabilia that provides a unique look at the joint military efforts between the United States and the Republic of China during World War II and the Cold War. The exhibits will highlight efforts such as the Doolittle Raid on Tokyo, the American volunteer pilot group known as the Flying Tigers, and the "Black Bat" 34th Squadron, a low-altitude U.S. Air Force reconnaissance special task force in WWII China.

For more information about the exhibition, contact Paulette Purdy, College of Public Service director of administration and operations.