The Student Government Association (SGA) at the University of Houston-Downtown (UHD) hosted a "Walk to Vote" rally to encourage students and community members to vote in the 2012 U.S. presidential election on Thursday, Nov. 1.

SGA organized the event in response to low student voter turn-out across the nation. In an effort to educate and empower students to vote, UHD student organizations launched a contest in August to register students to vote. Since the beginning of the fall semester, approximately 1,500 UHD students have registered and are eligible to vote in the November election.

At the rally, students, faculty and staff were treated to words of excitement and encouragement from Houston Mayor Annise Parker and UHD President Flores. Following the remarks, approximately 150 of the 300 students attending the rally walked to 1001 Preston St. to cast their votes.

Check out the pictures below. 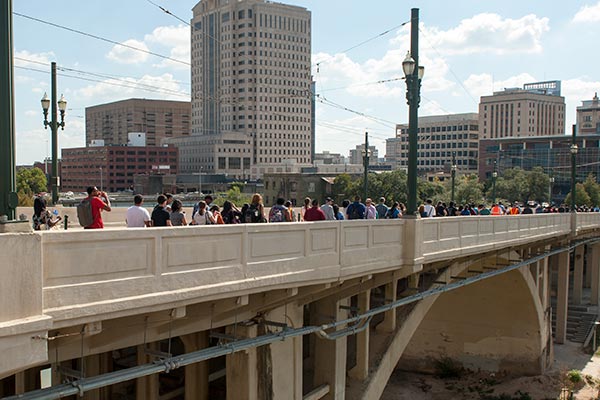 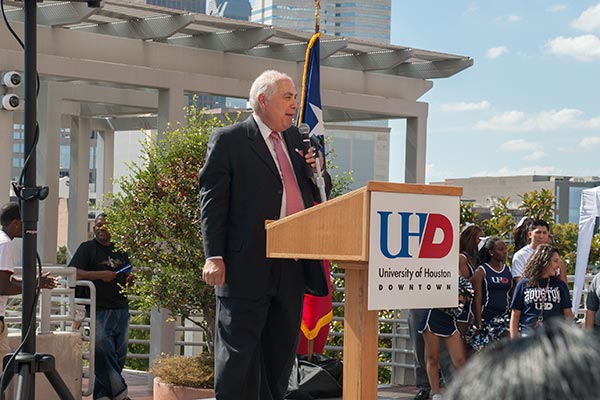 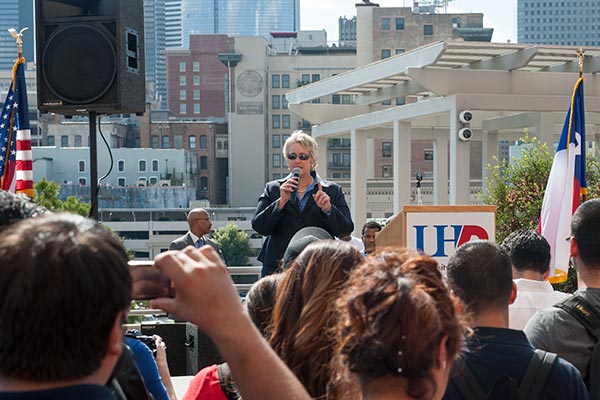