Vote for Chancellor Khator for Light of India Award 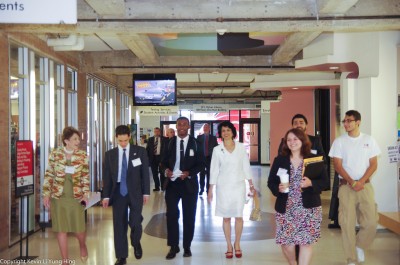 Khator, in white, walks with UHD students and staff during a UHD campus visit.

UH System Chancellor Renu Khator has been nominated for the Light of India Award, Education Division, given by the Times of India.

This award is intended to honor those individuals who have made significant contributions in the field of education leadership. It will be presented in New York on June 1.

Voting is open until May 28th and your vote is needed.

You will be asked for your email so they can verify one vote per person.

Vote for Chancellor Khator for Light of India Award