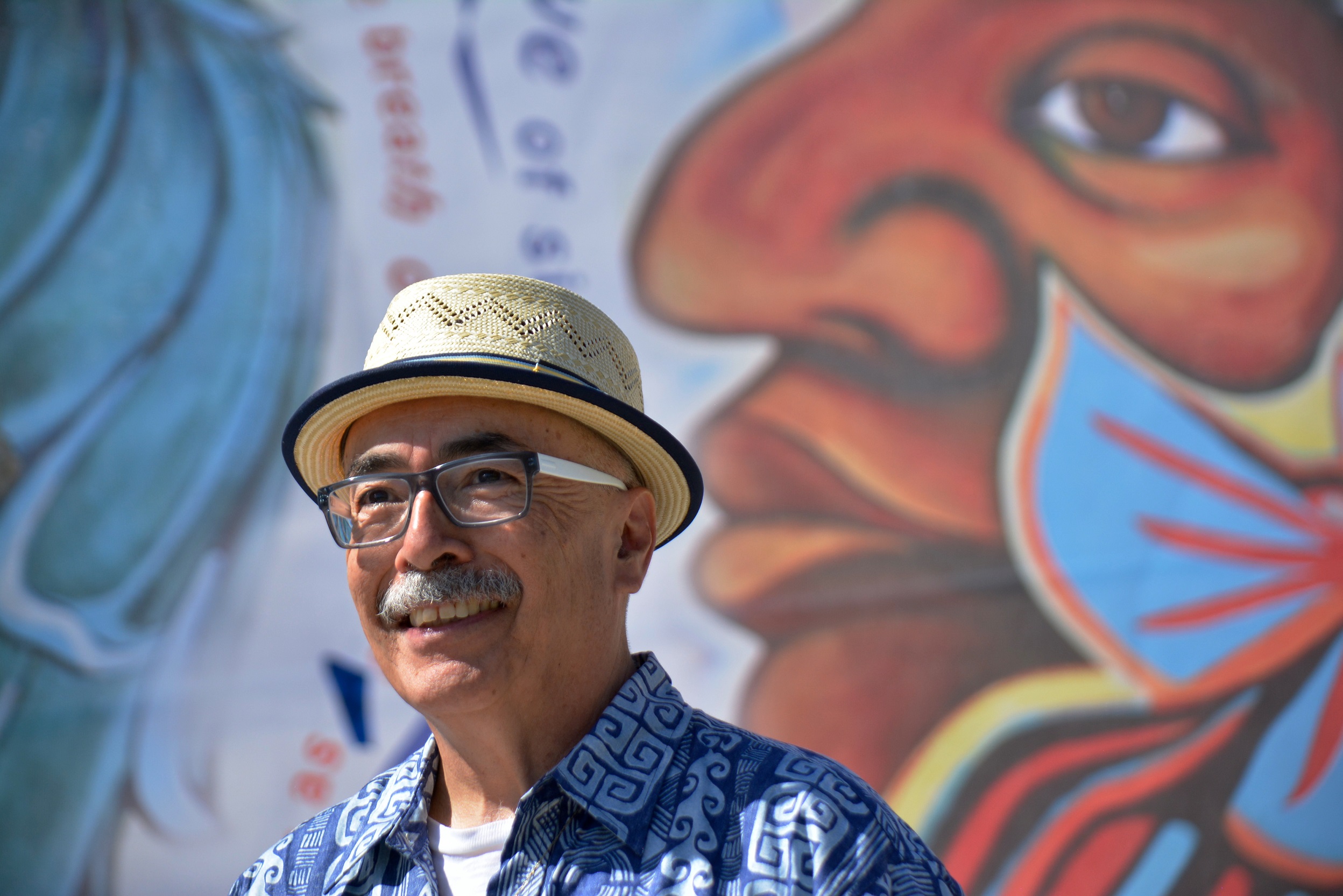 The poetry of U.S. Poet Laureate Juan Felipe Herrera has long embodied the American spirit. From farm fields to urban settings, Herrera's voice has tapped into the consciousness of communities throughout the country. Soon, Herrera will bring his insights on writing and poetry to the University of Houston-Downtown (UHD).

In honor of National Poetry Month, Herrera will share his work during a reading and discussion at 5:30 p.m., April 19 in UHD's Robertson Auditorium.

Herrera became the first Mexican-American U.S. Poet Laureate in 2015. He has authored more than 30 books including the most recent poetic volumes: "Notes on the Assemblage" (2015), "Senegal Taxi" (2013), and "Half of the World in Light: New and Selected Poems" (2008), a recipient of the PEN/Beyond Margins Award and the National Book Critics Circle Award. Among his published works are also children's prose books including the award-winning "Calling the Doves" and "Upside Down Boy" (which was adapted into a musical).

The son of migrant farmers, Herrera spent long hours working in California fields and lived in tents and trailers. These experiences helped shape many of his works, as well as his perspectives on the migrant experience.

As a writer, he drew inspiration from the works of Beat Poets such as Allen Ginsberg and Luis Valdez. His poetry also is fueled by social issues.

"Waking up is the biggest thing. I'm a political poet — let us say a human poet, a poet that's concerned with the plight of people who suffer," Herrera said. "If words can be of assistance, then that's what I'm going to use."

Herrera served as the Poet Laureate for the state of California from 2012 to 2014. In this role, he launched an anti-bullying project titled the i-Promise Joanna Project (named for an elementary school student who was killed as a result of bullying).

Herrera follows in the footsteps of other noted poets who have delivered readings on campus including three-time U.S. Poet Laureate Robert Pinsky and 2015 Center for Critical Race Studies Scholar Jimmy Santiago Baca. His appearance at UHD is sponsored by the UHD Cultural Enrichment Center and the Department of English.