Several urban education students were treated to the spotlight on Thursday, July 5, during an "Afternoon with the Writers" event hosted by associate professor, Maria Bhattacharjee.

Students in Bhattacharjee's PED 3314 Children's Literature in Spanish course presented books they had written and illustrated specifically for bilingual children.

Bhattacharjee started this project because she recognized a need for Spanish-language books for young children in public schools. "Most of the storybooks they have access to in a bilingual classroom are translated from English into Spanish. Young children can't identify with those topics and it makes reading very hard for them. They can't bring their background knowledge to understand those texts," Bhattacharjee said.

For the project, students were asked to write stories in Spanish that were inspired by members of their own families. Their families were also encouraged to give input on the story and help with the illustrations.

During the event, students presented their finished books, provided a synopsis and revealed their familial inspirations. Many family members were in attendance to support and offer congratulations to the students for completing the large project. 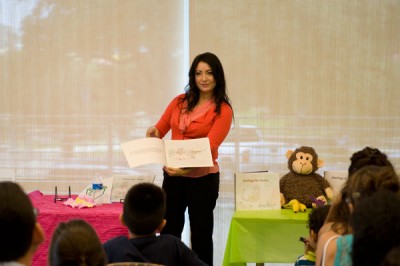 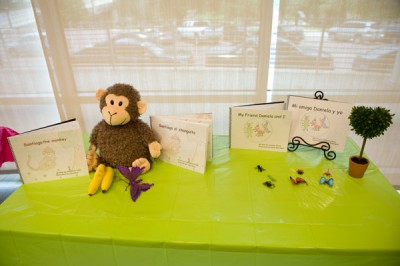