As we reported in March, UHD received a grant from the Houston Endowment and the Cullen Foundation to expand advising services and staff, and build out a new advising center on the One Main third floor.

According to Rob Jarrett, dean of Academic Advising and Mentoring, the project is moving along and should be completed by late fall. So far, four transfer advisors have been hired to better meet the needs of UHD's large transfer population.

The Center, which will focus its efforts on assisting transfer and undeclared students (individual Colleges are hiring their own advisors), will use a "pre-major" approach and work to streamline the process of moving students into majors and colleges earlier.

Below is a photo of the current state of the Advising Center, which is housed in the office space formerly occupied by the Career Development Center and Student Health Services.

*This story was updated on July 29 to include the contribution of the Cullen Foundation to the construction of the Advising Center and the reference to the space formerly housing Student Health Services. 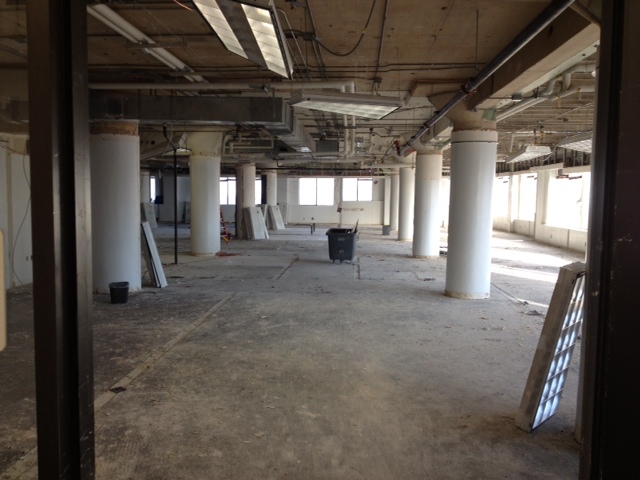