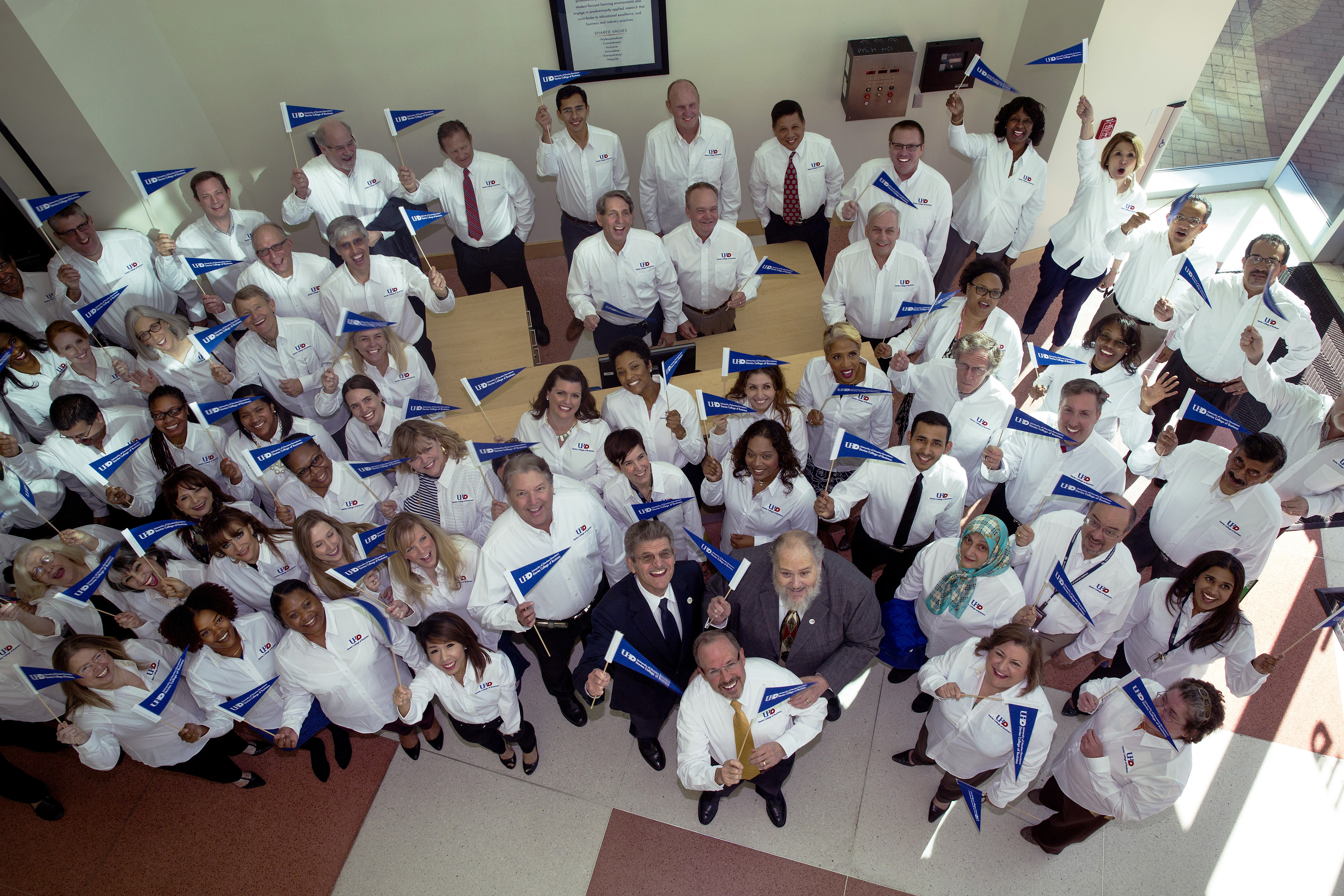 It's the gift that keeps on giving.

Marilyn Davies' $10 million gift to the University of Houston-Downtown (UHD) will have a long-term transformative effect on the institution. Her gift—the largest in UHD's history—named the Marilyn Davies College of Business. The University now holds the distinction of hosting the state's first college of business named for a woman and the fourth in the nation to do so. And, it's also UHD's first named college.

"This gift is a reflection of Marilyn Davies' confidence in our College," said Dr. Michael Fields, dean of the Marilyn Davies College of Business. "It shows that we're doing something right, but also will ensure that we stay on this track." Davies' gift didn't happen overnight. It was months in the making following meetings and discussions with Fields; Dr. Michael A. Olivas, former UHD Interim President; and Johanna Wolfe, UHD vice president for Advancement and University Relations. The University of Houston System (UHS) Board of Regents approved the gift during its quarterly meeting in February. Following the announcement, Tilman Fertitta, chairman of the UHS Board of Regents, gave Davies a hearty hug and thanked her for her gift.

"The happiest I have ever seen this man (Olivas) was when he told us about your gift," Fertitta told her at the meeting. "We can't thank the both of you enough."

"Dr. Olivas worked with me and pushed me, and look what happened," responded Davies with a laugh. "We have an opportunity to make this College bigger and better."

Davies' gift capped off a string of successes for the College. In 2016, it was recognized by the Houston Business Journal for having the largest Master of Business Administration Program in the city for the second consecutive year.

Also in 2016, the College hosted its Fall Commencement ceremony dedicated solely to 250 master's graduates—the largest class of graduate students in the College's history. The College's MBA program is bolstered by the guidance of more than 200 CorporateFellows who combine their professional insights with the academic expertise of its faculty. This instructional pairing provides students the theoretical and practical perspectives necessary to succeed in the classroom and the workplace. The Davies College of Business also offers a Master of Security Management Program, graduate

certificate programs and a robust selection of undergraduate programs.

"Our business faculty and students are integral to the city's economic landscape," Olivas said. "Marilyn Davies recognizes this fact. Her generosity will have a lasting impact on this institution and the community. I commend her vision and confidence in our University. As much as I appreciate this major gift, I am equally grateful to have worked with her during my time at UHD. Getting to know her was a highlight of my time on campus. She is indeed a friend to me and to this marvelous University."