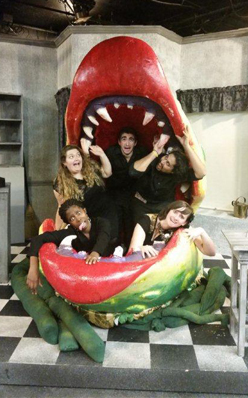 The O'Kane Theatre will present one of Agatha Christie's all-time favorite murder-mystery 'whodunit's, The Unexpected Guest, as their spring, 2016 major production.

Written in 1958, the play takes place in a small, coastal town in South Wales near the Bristol Channel. Richard Warwick, a detestable brute who is hated by his entire household, has just been found dead - shot in the head as he sat in his wheelchair. Which of his enemies had finally had enough of him to take his life? His wife? His wife's lover? His nurse/attendant? His crazy step-son? His disappointed mother? Somebody else in the household? Come and see if you can guess the killer.

In order to allow future audiences to enjoy the show to its fullest, we ask that you not reveal "whodunit" to anyone who has not yet seen a performance.

The performance schedule for The Unexpected Guest is as follows:

Tickets are $5 and will become available online at the O'Kane Theatre beginning Monday, March 28. Any unsold tickets will be available at the theatre door one-half hour before each performance.