"We are very excited about "The Rivals" because it's a play not very often done. We get to present a unique historical era to the students in full grand regalia," said Lyttle."As the play is set in 18th century England, the cast is decked out in period specific costumes, wigs and makeup."

Another unique aspect to this production is the presence of three generations of one family in the ensemble: Dr. Michael Dressman, Associate Vice President, Vice Provost, and Dean of Graduate Studies, his daughter Maura Dressman Capper, a UHD alumna and former student of Lyttle's, and her eight-year-old son Aiden.

"The Rivals" also introduces the world to Mrs. Malaprop, one of English drama's most famous characters. It's a must-see. 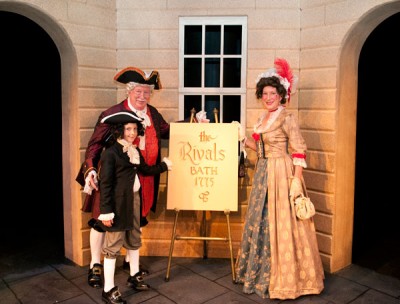 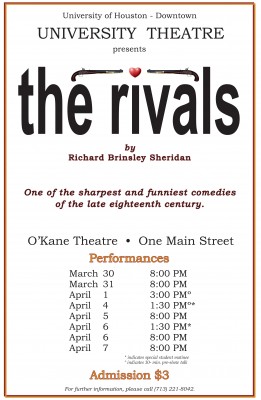