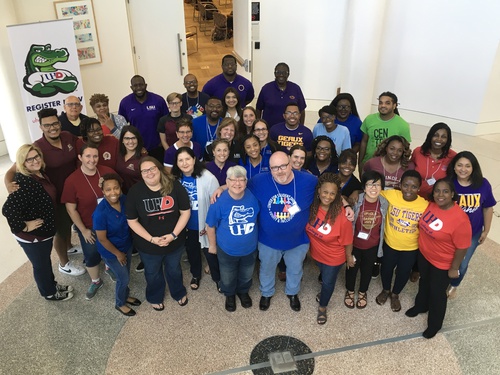 Those who lead diversity training at institutions of higher education require specialized skills. They have to be effective communicators and problem-solvers. Likewise, these professionals must possess a sense of empathy.

Recently, higher education professionals converged on the University of Houston-Downtown (UHD) to enhance their skills in these areas during a "train the trainer" workshop. The event was coordinated by the UHD National Coalition Building Institute (NCBI) Campus Team.

"The UHD NCBI Campus Team, though small in numbers, has earned the respect and admiration of teams at other universities and has become a leading team in the south," Hudson said.

UHD's NCBI Campus Team has conducted workshops and trainings since its inception in 2014. Its workshops are the highest rated programs offered through CSDEI.

NCBI is a noted international leadership organization that delivers customized training in diversity, equity and inclusion topics on college campuses, schools, community organizations and other institutions. NCBI is was initially founded as a national organization advocating against racism but has expanded its mission to become a leading anti-prejudice organization.