Climate change, poverty, sustainable resources and gender equality were just a few of the pressing topics discussed Thursday during the Global Issues Forum hosted by the University of Houston-Downtown. The University welcomed United Nations Spokesperson Stephane Dujarric and president of the United Nations Association-Houston (UNA), the Honorable Teta Banks to talk about the current and future goals of the UN and address questions from the audience.

Gene Preuss, special assistant to the president, opened the ceremony by acknowledging the members of the audience, which included UH System Regent Paula Mendoza, members of the UNA-Houston board, Model U.N. participants from both UHD and Lone Star Colleges, students and faculty from Harmony Public Schools and members of the UHD community.

Preuss addressed the timeliness of the event, saying, "The City of Houston's annual Citizenship Month is just a few weeks away, and it is focused on recognizing and honoring the city's diversity and contributions to national and international development. I can imagine no better way to begin Citizenship Month than with today's distinguished guests."

Dujarric shared the mission, vision and current goals of the U.N. and challenged audience members to take ownership in issues related to human rights. "None of these problems is limited to a single country. Every issue is a human issue, and they all have a global impact," he stated. He went on to compare the United Nations to both a stage and an actor - serving as a forum for political and social discussion as well as a servant to humanitarian efforts.

The U.N. spokesperson highlighted the technological advantages, particularly in social media, that have caused a shift in power from governments to individuals and private sectors, a "multilateralism that should empower each global citizen to play a role in the efforts toward a more just world."

Representatives from Alpha Lambda Delta and Golden Key International honor societies presented Banks with a check for $1180 as a donation to the UNA's Nothing But Nets campaign, a program established to fight the spread of malaria by providing insecticide-treated bed nets to families across Sub-Saharan Africa - where the majority of all deaths and infections from malaria occur.

The event closed with questions from the audience about how the U.N. has and will address global issues, such as the Kashmir conflict, budgetary constraints, Ebola, and the Syrian civil war. 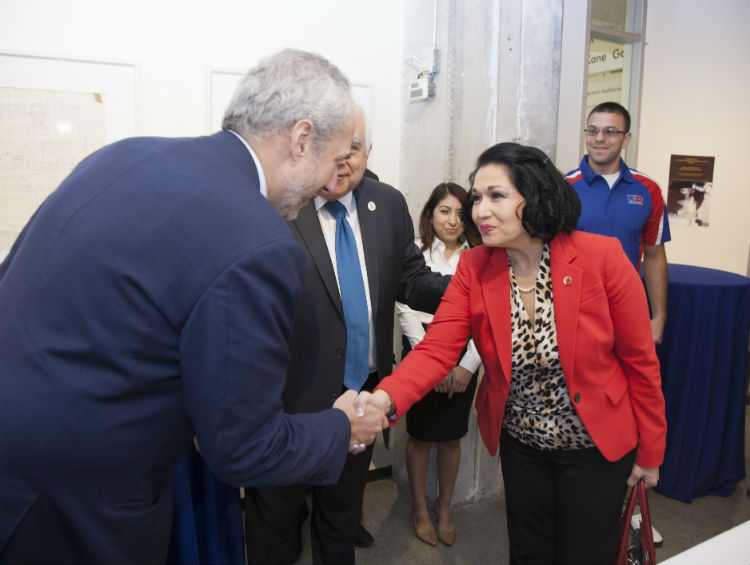 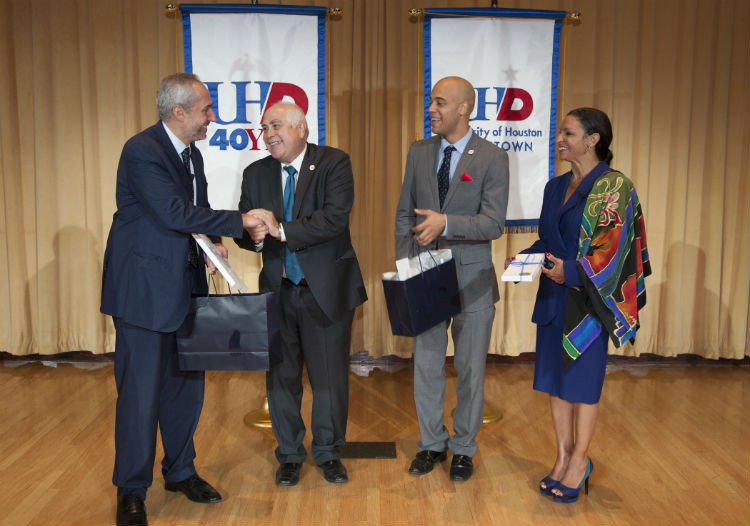