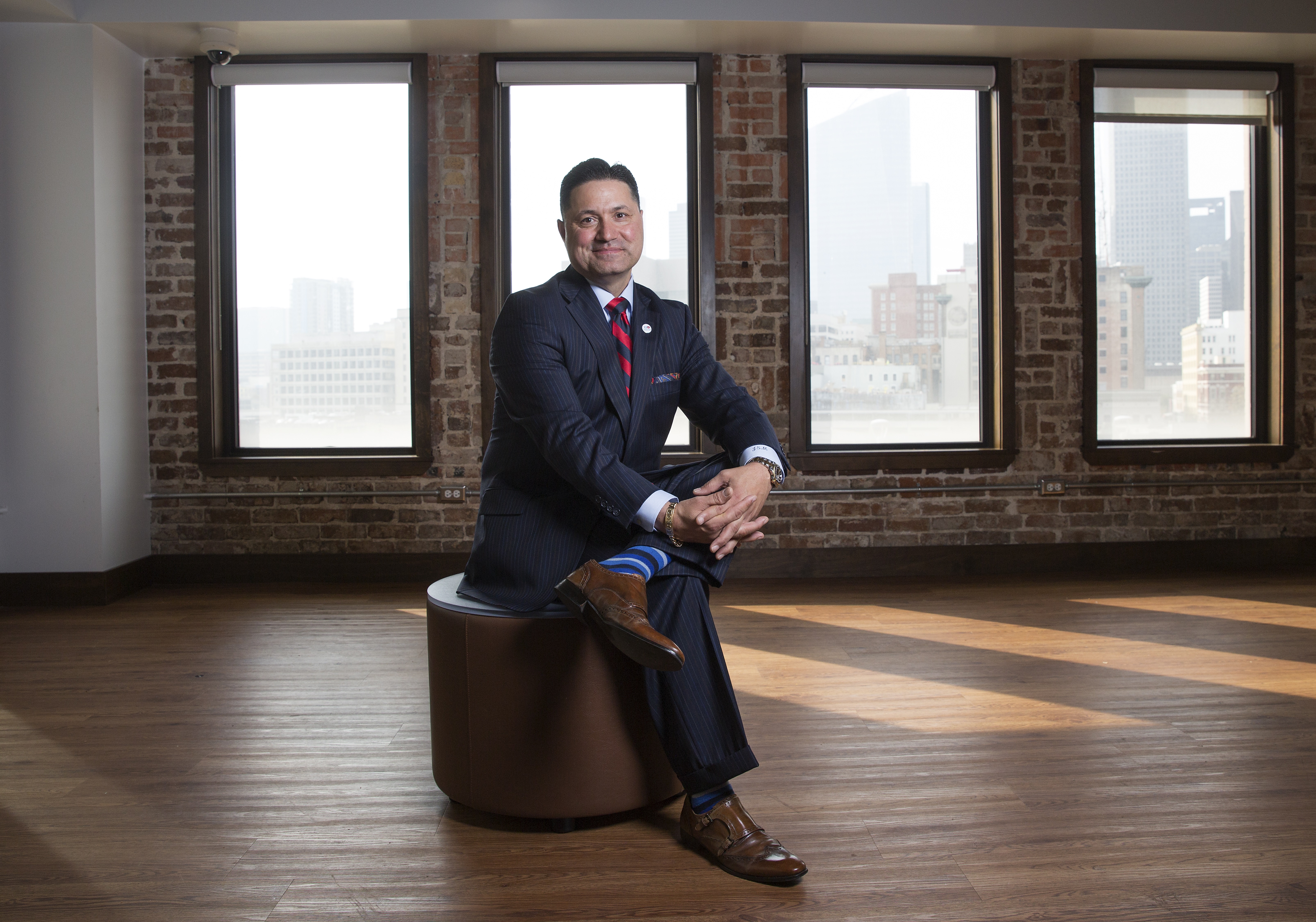 Muñoz emerged as the sole finalist for the position of UHD President in December 2016 following a national search. His first day on the job will be April 17.

"The University of Houston-Downtown plays an important role in this region, and I am honored to serve as its next president," Muñoz said. "This is a special institution that places a high value on community engagement, academic excellence and student success. It's also a university that inspires immense pride among its faculty, staff, students and alumni. I am grateful for this tremendous opportunity and look forward to working alongside the campus community as a partner in UHD's continued growth and impact."

Muñoz will arrive at UHD after serving Texas Tech University (TTU) as vice provost for undergraduate education and student affairs, and senior vice president for institutional diversity, equity and community engagement. He succeeds interim president Michael A. Olivas, William B. Bates Distinguished Chair in Law at the University of Houston Law Center, who served UHD since February 2016. He will become the sixth president in the University's history.

"I am passing the torch to someone who will take UHD to new heights," Olivas said. "Dr. Muñoz soon will discover … as I have … that UHD is a very special institution. I wish him the best in this new role and offer my full support as he transitions into the University."

Muñoz arrived at Texas Tech University in 2004 as an associate professor in the College of Education. He served as a special assistant to the president and later joined the institution's provost's office. In his most recent role, Muñoz oversaw more than 40 units and departments including the TTU Ethics Center and the Teaching, Learning and Professional Development Center, and the Office of Academic Engagement.

Muñoz's academic research interests include educational access, equity and the advancement of public school students. Before joining Texas Tech, Muñoz was an assistant professor at California State University, Fullerton in the Department of Secondary Education. He earned a bachelor's degree in psychology from the University of California, Santa Barbara, and a Master of Arts in Mexican-American Studies with an emphasis in literature from California State University, Los Angeles. Muñoz was awarded a Doctorate of Philosophy at the University of California, Los Angeles, where he studied curriculum and instruction in the Division of Urban Schooling.

Prior to his career in higher education, Muñoz was a secondary school teacher and also served as a sergeant in the U.S. Marine Corps. Muñoz is married to Dr. Zenaida Aguirre-Muñoz, and the couple has three sons, Joaquin Diego Muñoz, Cruz Santos Muñoz and Juan Amado Muñoz.

The national search for UHD's president was led by University of Houston-Clear Lake President William Staples. In addition to interviews with a search committee and the chancellor, Muñoz had the opportunity to meet with the University's community during public forums.

"UHD plays a vital role in our UH System's overall delivery of higher education resources to this region," said UHS Chancellor Renu Khator, "We are fortunate to have an experienced educator and inspiring administrator of Dr. Muñoz's caliber to lead this institution."