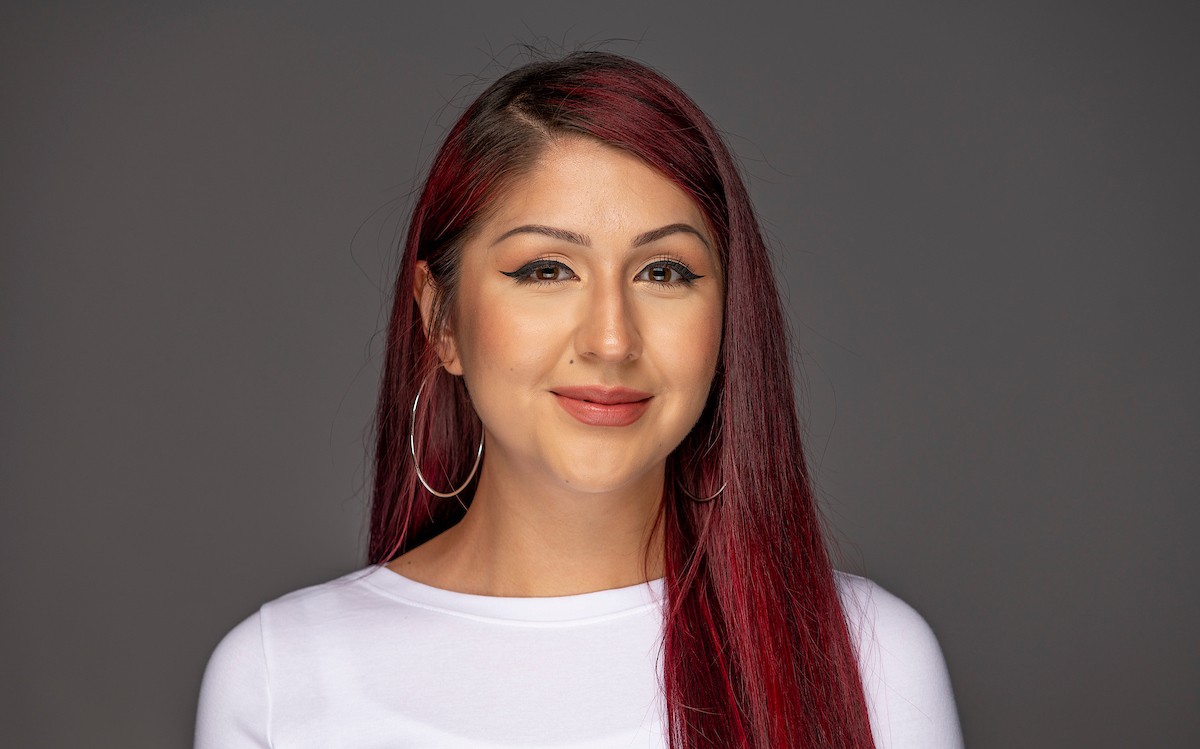 During her time at the University of Houston-Downtown (UHD), peers and professors have come to know Marisol Orozco as an outgoing and adventurous student. At one time, however, the social work major didn’t think she was a fit for school and nearly dropped out.

Now, Orozco serves as a role model for her peers. She just earned a Bachelor of Social Work degree from UHD’s College of Public Service. Complementing this accomplishment was being named Social Work Student of the Year. So, it’s safe to say that it was a big week for the Houston native, and she credits UHD for inspiring her.

“My experience at the University and in the Social Work Program has been amazing,” Orozco said. “I’ve had many opportunities to grow as a person and as a professional. I can’t say enough about how UHD has impacted my life.”

Orozco didn’t always feel passionately about school. She struggled through her high school years at Klein Forest High School. She admits to hanging around with the “wrong crowd” and had health issues that worsened her academic standing, including a bout with Bell’s Palsy that left part of her face paralyzed.

“I thought that was the end of the world for me,” she said. “My mother and I went to the front office, so I could withdraw from school. Fortunately, my adviser talked some sense into us.”

Orozco struggled, but managed to graduate. She enrolled at Lone Star College-North Harris. Her community college experience also was challenging, but she was undaunted and ultimately earned her associate’s degree. Next stop … UHD.

She arrived at UHD in fall 2017, a stormy (literally) time for both the University and the city. Despite coming to UHD the semester Tropical Storm Harvey flooded Houston, she was resolved to make the most of her University experience.

“I knew I wanted to be involved,” Orozco said. “And the professors helped with that. The Social Work faculty take time to get to know their students and encourage them to participate in a number of activities.”

At UHD, Orozco has served in leadership roles with the Social Work Student Community Advocacy Network and Phi Alpha Phi Honor Society. She’s also helped represent her fellow students as a Gator Correspondent (communicating University happenings on social media) and has been featured on UHD billboards and advertisements.

In short, UHD inspired her to become an exemplary student and a model to others. But, it wasn’t just her on-campus experiences that helped her grow. Orozcowould travel the globe twice with the Study Abroad Program, two trips that forever changed her life. Visits to Costa Rica and India helped expand her ambitions as a social worker. The latter of these journeys, led by lecturer Dr. Shahnaz Savani, was particularly enlightening, she said. Studying mental health and suicide prevention and working with vulnerable populations deepened her passion for social work.

“Those experiences were life-changing,” she said. “I was able to figure out how I wanted to apply what I was learning at UHD … on the other side of the world.”

Her ultimate goal is to support victims of sex trafficking in rural communities, and a recent internship with Harris County District Attorney Kim Ogg’s office allowed her to gain valuable experience in this area. Working in the Victim Services Division, Orozco contacted victims to alert them to their rights and provide information on available resources.

Her passion for helping others has allowed her to impact lives around the world. The next leg of her journey as a social worker will take her to graduate school. The very thought of a graduate degree would not have entered her mind years ago, but Orozco credits the support of her University, particularly professors Savani and Damaris Cortez.

She arrived at UHD when the community faced an unprecedented storm and now departs the University during a global pandemic. If anything, she is emboldened by these circumstances and realizes that the knowledge gained at UHD will allow her to make a difference.

“I am ready to put my degree into practice,” Orozco said. “I have been very fortunate that so many people helped and guided me when I needed it most. Now, I want to do that for others.”