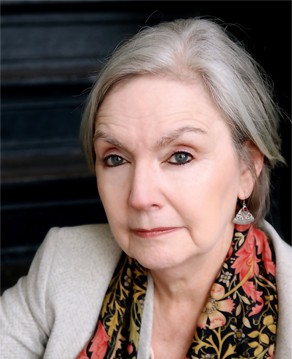 Only the state’s most distinguished authors, poets, screenwriters and artists are accepted into the Texas Institute of Letters (TIL). The organization’s members are a who’s who of literary voices and creative spirits. Soon, the University of Houston-Downtown’s (UHD) very own Dr. Robin Davidson will join their ranks.

Davidson, professor of English and former Houston Poet Laureate, was named to the 2019 class of TIL inductees. She will formally become a TIL member during its annual meeting conducted April 26 – 28 in McAllen, Texas.

Recently, she was notified of this honor by Carmen Tafolla, a former Texas Poet Laureate and a personal hero of Davidson’s.

“I was honored and thrilled, not to mention shocked," Davidson said. "And, I was pleased to receive this news from someone whose work I have long admired. It’s a wonderful achievement to be named to the Texas Institute of Letters and to have my work recognized alongside so many great talents.”

The Texas Institute of Letters celebrates Texas literature and acknowledges those individuals who have produced acclaimed volumes of work. Davidson is in the company of many noted Texas writers who were nominated to the Institute this year. Other 2019 inductees include Oscar-nominee Wes Anderson, journalist Patrick Cox, theater critic Robert Faires, musician Tish Hinojosa, poet Carrie Fountain, filmmaker Jesús Salvador Treviño and others.

“This year’s inductees include a range of very accomplished people,” Davidson said. “And those who are already in the Institute include some of my literary and musical heroes, like Tafolla, Sandra Cisneros, Pat Mora, and Willie Nelson.”

During TIL’s induction weekend ceremonies, Davidson will join other members during the Institute’s “Reading at the Border Wall” on April 28. She is working on a new poem to debut at this event, which will literally place her back against the wall along the Rio Grande.

Davidson was named Houston Poet Laureate in 2015 by then-Mayor Annise Parker. She is the author of two poem chapbooks “Kneeling in the Dojo” and “City that Ripens on the Tree of the World.” Her work also comprises the collection “Luminous Other” (for which she received the 2012 Richard Snyder Memorial Publication Prize from Ashland Poetry Press). She is working on the new chapbook, “Mrs. Schmetterling,” as well as a new poetry manuscript.

In addition to being a nationally-recognized poet, Davidson is an accomplished translator. “The New Century: Poems” is a collection of works by Polish poet Ewa Lipska translated by Davidson in collaboration with Ewa Elżbieta Nowakowska. They are completing a second volume of Lipska translations titled “Dear Ms. Schubert.”

Davidson has been the recipient of an NEA Translation Fellowship and a Fulbright professorship at Jagiellonian University in Kraków. She also was a finalist in 2017 and 2019 for Texas State Poet Laureate.

At UHD, Davidson teaches literature and creative writing. She said that her acceptance into TIL complements her academic work, preparing future generations of poets and authors.

“Writing and the literary arts contribute to a strong democracy,” she said. “The creative insights of our diverse student body reflect the linguistic and cultural diversity of our great city, and can impact the growth of our country and the arts. That’s what the Texas Institute of Letters celebrates … how writers and artists make critically important cultural contributions to the state of Texas and the nation.”