Houston Woman Magazine recognized Noël Bezette-Flores, Ph.D. as one of "Houston's 50 Most Influential Women of 2013" at an honorary tea in January hosted by the magazine and Chevron.

Individuals are selected for this honor based on their positive impact on the community, investment of their time and resources to help those in need, professional contributions and strong example of leadership and action.

According to Beverly Denver, publisher of Houston Woman Magazine, "Those selected as Houston's 50 Most Influential Women of 2013 are individuals with vast networks of social and professional connections. They have earned an enviable reputation for possessing an expertise in a particular field or arena. They are considered knowledgeable, credible and trustworthy. The thoughts and actions of these women influence the thoughts and actions of others. It is our distinct privilege to be able to introduce these remarkable women to our community."

Bezette-Flores joins other notable Houstonians on this year's list, including Nandita Berry, former University of Houston System board member and current Texas secretary of state.

She also works closely with Houston's First Lady Kathy Hubbard, another "50 Women" inductee and honorary chair of Citizenship Month Houston, which Bezette-Flores co-chairs and founded in 2009. This month-long initiative, held each November, recognizes Houston's diversity and opportunity for people of all nationalities, faiths and cultures. Bezette-Flores has played an instrumental role in growing this celebration from two events five years ago to hundreds of local events with thousands of participants and nearly 100 organizations.

Bezette-Flores serves as executive director of the Center for Public Service and Family Strengths at the University of Houston-Downtown. She also sits on the United Nations Association Board-Houston and the Harris County Homeless Youth Board, and serves on the education committee for the Open the Doors exhibit and Our Better Angels, hosted by the Texan French Alliance for the Arts. Bezette-Flores also serves as a METRO Academy Community Partner and on the advisory committee for the city's Office of International Communities, in which she consults regularly with Mayor Annise Parker on issues of importance to Houston immigrants and refugees.

Bezette-Flores earned a master's degree in administration and supervision and a doctorate in education psychology and individual differences from the University of Houston. She received the regional TSTA Service Award and the national NEA Service Award, as well as the Teaching Excellence Award from Lone Star College. 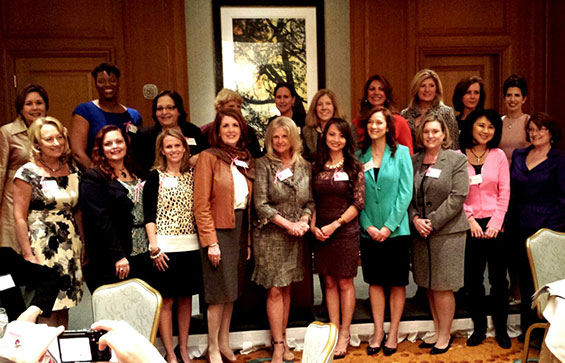