UHD's chapter of Alpha Lambda Delta (ALD), the National Honor Society for First Year Students, has been selected by the organization's National Council as a recipient for the Order of the Torch Award. This award recognizes the most outstanding chapters in the nation based on numerous activities that the chapter organized throughout the 2013-2014 academic year.

Membership into the Order of the Torch is awarded to chapters who have demonstrated excellence in the areas of programming, internal communications and campus visibility. On the basis of their application, the chapter at UHD was deemed worthy of this recognition by the national selection committee this year. According to Glenda Earwood, there has not been a chapter as young as UHD's to earn this prestigious honor during her tenure as ALD's director at the national headquarters in Macon, Georgia. Earwood will travel to Houston this fall to present the chapter with an Order of the Torch banner during a special ceremony.

In 1924, Dean of Women Maria Leonard founded Alpha Lambda Delta in order to honor exceptional students at the University of Illinois. Ninety years later, ALD is still celebrating success with more than 275 chapters at universities throughout the United States. The UHD chapter was installed in January 2014 with 30 charter members. Membership in Alpha Lambda Delta is limited to freshmen with a first semester grade point average of 3.5 or higher. The UHD chapter participated in a number of volunteer, cultural and social activities this spring. More than 100 students from the class of 2017 received their invitations to join ALD this summer. 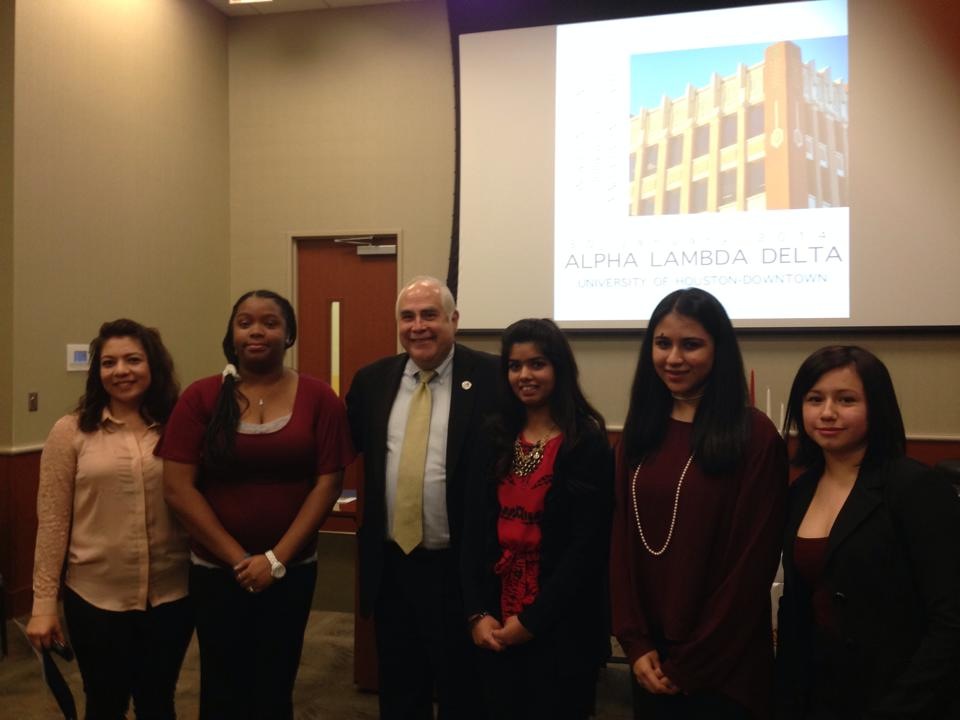