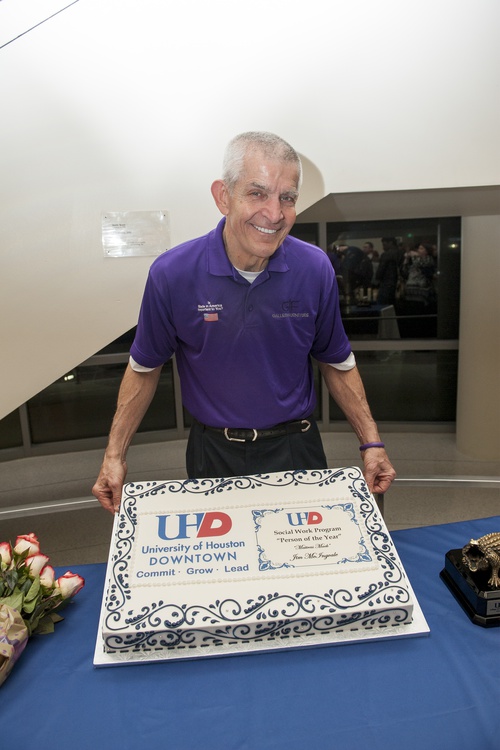 For the seventh year, the University of Houston-Downtown's Bachelor of Social Work Program awarded its Person of the Year honors to a Houstonian who has gone above and beyond the call of duty in helping the community.

McIngvale earned national recognition for his efforts in helping others during the storm. In addition to his many charitable donations, McIngvale opened one of his stores to flood victims and rewarded first responders with a trip to the World Series.

"You do all that you can do to take care of your people, McIngvale said at the event. "That's what I was taught,"

"He elevated kindness and compassion at a time when our community was suffering terribly," McCarty told FOX26. "He became a beacon of light for many people."