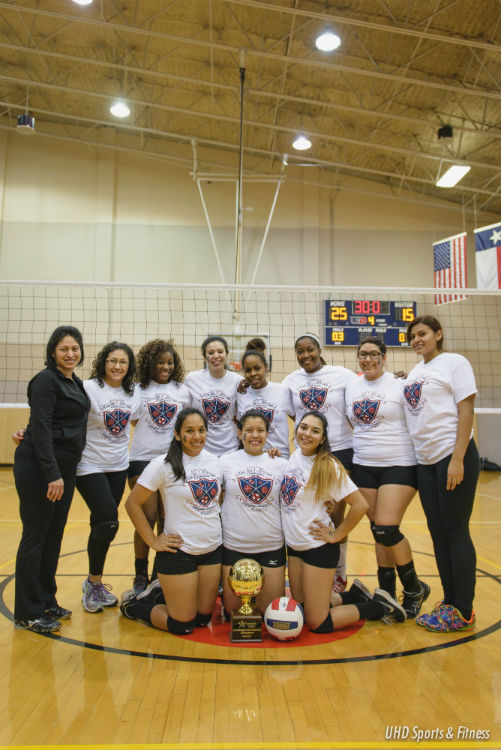 The long wait for a conference championship is over for the UHD women's volleyball club team and coach Alicia Nava. The team recently defeated Houston Community College-Southwest three sets to one (25-17, 25-23, 22-25, 25-15) in the Lone Star Sports Club Conference championship match, putting to end seven years of frustration and near misses.

The Gators claimed their fourth conference title overall and their first since fall 2006. After cruising through a 2-0 sweep of Houston Baptist University and Lone Star College-North Harris in pool play, second seeded UHD found themselves unexpectedly facing the top seed Lone Star College-Tomball in the semifinals. LSC-Tomball delivered UHD its only loss in the regular season just two weeks earlier. In the rematch, the Gators won the best of three semifinals as they overcame a shaky second set to lead 5-0 and 8-2 in the final, deciding set, and won 15-8.

UHD used its regained confidence to wear down the upstart HCC-Southwest squad and jumped out to a two-sets-to-none lead in the final. Coach Nava was forced to make some personnel adjustments in the back row and the squad lost the third set 25-22. It took the Gators another set to settle in with the adjustments and they cruised to a 25-15 win and to their long awaited fourth championship title.