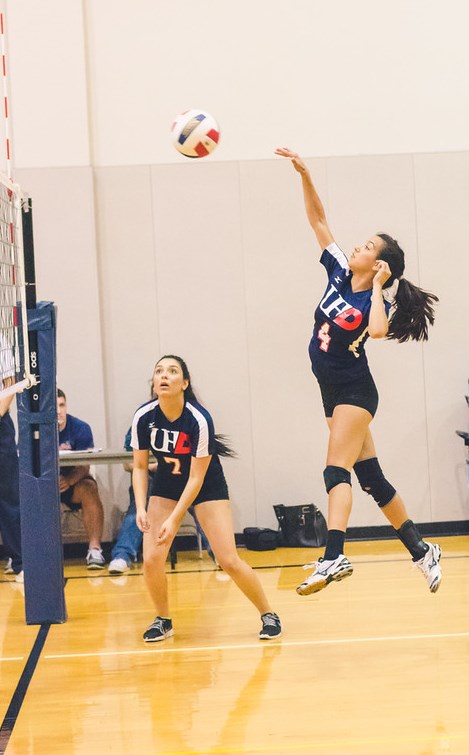 The UHD women's volleyball club team is participating for the first time in the National Collegiate Volleyball Federation (NCVF) Championships. The team will be in Kansas City, Missouri from April 9-11 competing in the Division II bracket.

The championships play host to hundreds of collegiate club volleyball teams and provide the opportunity for the Gators to compete and meet with students from throughout the country. The Gators begin pool play on April 9 at 3 p.m., and their pool play opponents include Emory University (GA), Elon University (NC) and Sonoma State University (CA). The team's pool assignment in the next rounds on April 10 and 11 will be determined by the order of finish in pool play on April 9.

The Gators are in the midst of their most successful run in nine years. The squad recently completed the Houston Club Sports Conference (HCSC) regular season at 4-0, and will enter the conference tournament on April 19 as the top seed. The team captured the Lone Star Conference title in the fall, and it currently owns a 16-1 match record for 2014-2015.

The NCVF Nationals will offer the Gators a chance to test their mettle against teams outside of Texas.