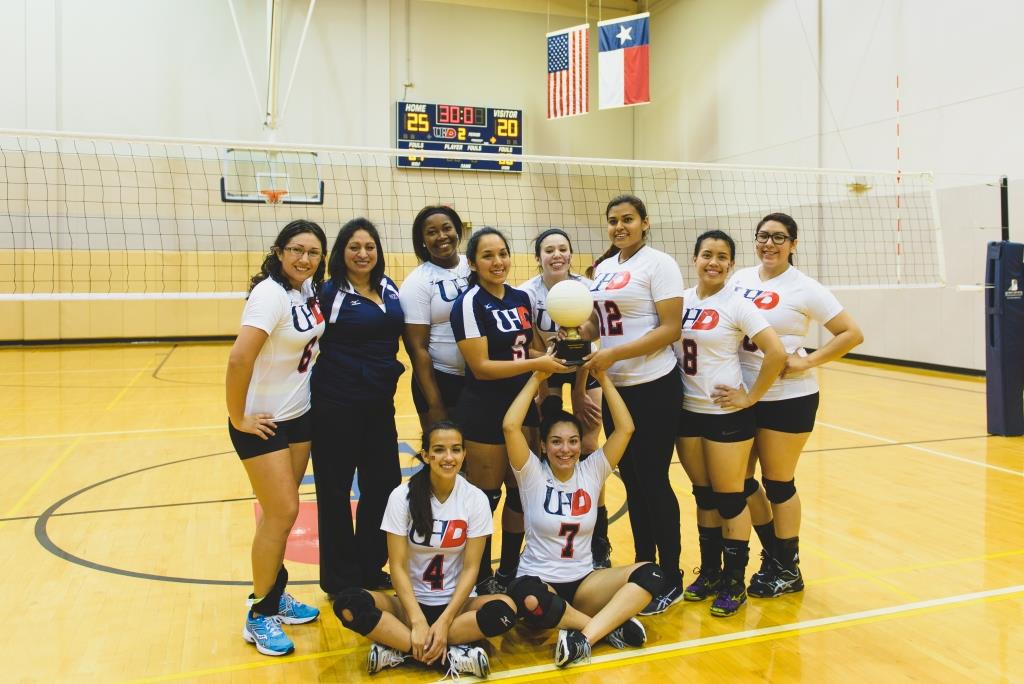 This weekend, the UHD women's volleyball club team captured their first Houston Club Sports Conference (HCSC) title since 2006. In addition to the Lone Star Sports Club Conference (LSSCC) championship they secured in fall 2014, this competition concluded the program's best year since 2005-2006. The Gators also concluded the HCSC schedule with an unblemished record at 6-0.

The win on Sunday did not come without a few tense moments for the Gators. After blowing past Houston Community College in the first match 25-8, 25-7, UHD had a surprising struggle with Lone Star College-North Harris in the second match before pulling away at the end to win the first set 25-22. The Gators then put away the Hurricanes 25-17 to close out the best of three match.This set up the tournament deciding match against Lone Star College-Tomball, a team looking to rebound from the one conference defeat handed to them by UHD earlier this season.

The first set between UHD and LSC-Tomball was an instant classic. The Gators and Timberwolves took turns going on runs with the lead constantly switching hands. It appeared that LSC-Tomball had made the last run when they got to match point leading at 24-22. The Gators rallied to tie the score at 24-24. Minutes later UHD's Claudia Avalos produced the defining point of the tournament in the form of a hit that barely crawled over the net and just died to close the set for UHD 29-27. The Gators then went and took the second set 25-20 and brought home the HCSC championship after so many years.