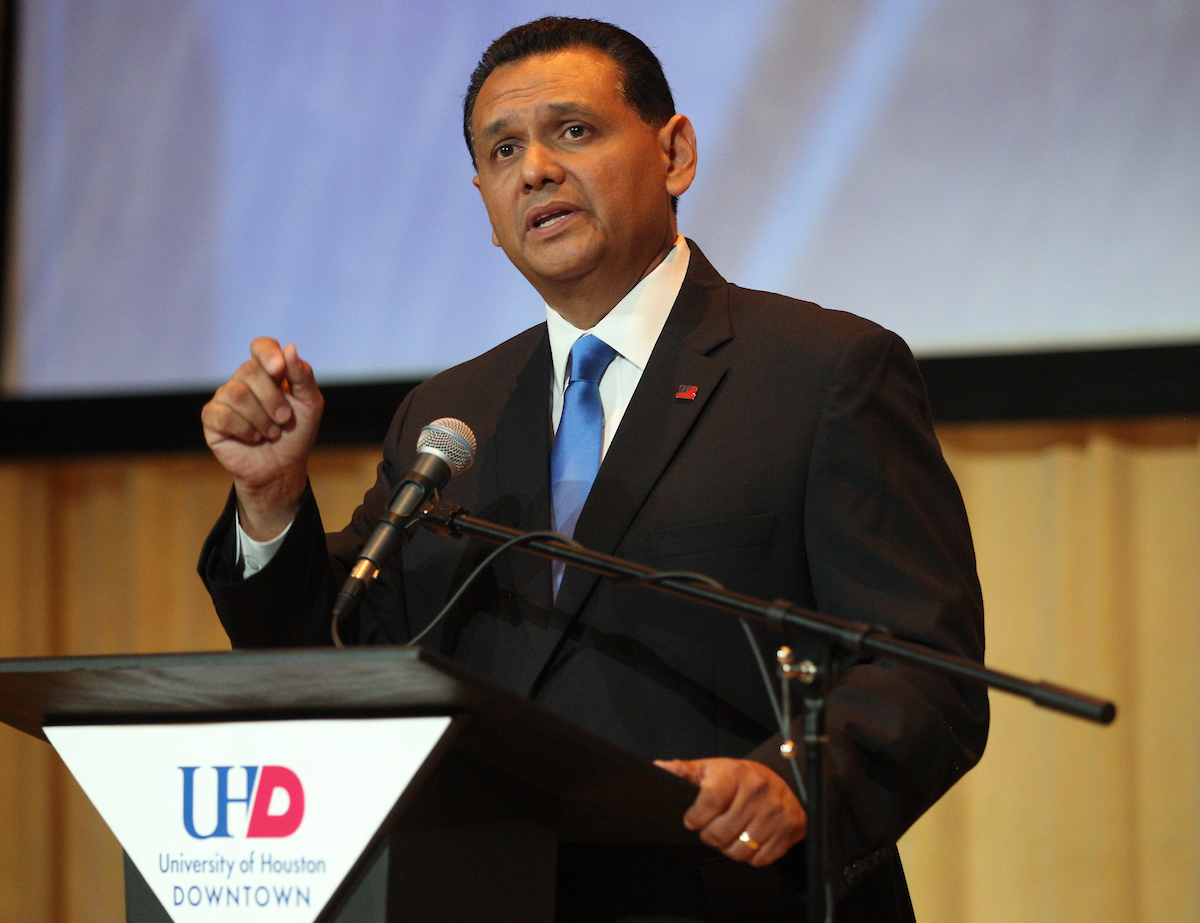 The University of Houston-Downtown's Center for Public Service and Community Research will debut the new speakers' series, vitalalumni, this week with its first guest Harris County Sheriff Ed Gonzalez.

Gonzalez will speak to the campus community and participate in a Q&A at 4 p.m., Sept. 21 in C-100 of UHD's Commerce Street Building.

In 2000, Gonzalez earned a Bachelor of Science in Criminal Justice from UHD's College of Public Service. He served the Houston Police Department for 18 years, working on the hostage negotiation team and as a homicide investigator. He was elected as sheriff in 2016.

During his 2016 campaign, he returned to UHD for a debate against opponent Ron Hickman.

"It was an honor to return to my alma mater to share my thoughts and ideas," he said after that event. "I met a police officer in one of my classes who inspired me, and that led to my career in public service. UHD set my professional career in motion."