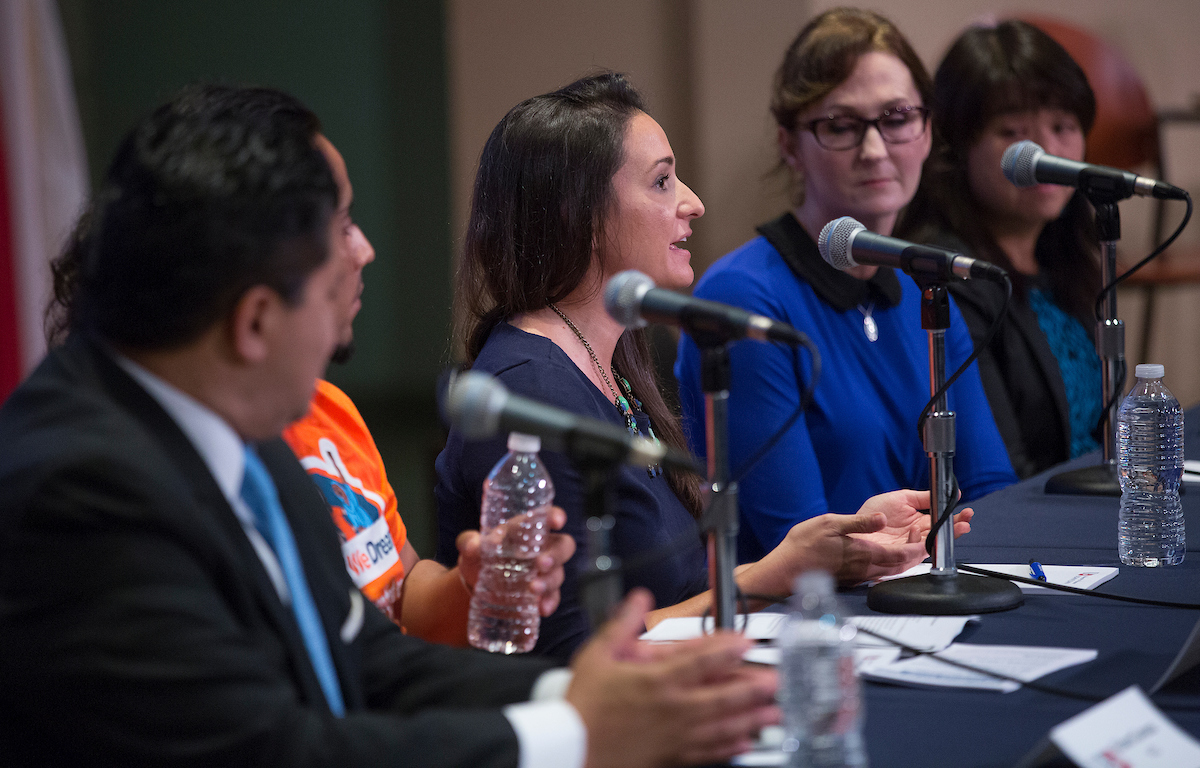 "Great universities bring great conversations to their campus. They organize intellectual expertise to weigh in on those conversations — and I believe we've done so tonight." - UHD President, Dr. Juan Sánchez Muñoz

With questions, concerns and deadlines looming in the wake of President Donald Trump's announcement to phase out protections granted by the Deferred Action for Childhood Arrivals (DACA) program, leaders of Houston were called upon to offer support and guidance to the community.

The University of Houston-Downtown (UHD) partnered with ABC13 KTRK and Univision 45 KXLN to host a DACA Town Hall Meeting on Sept. 25.

DACA was established during the Obama administration to address the immigration enforcement action against those illegally residing in the U.S., but were largely raised in the country. DACA recipients with current status are able to obtain valid driver's licenses, enroll in college and legally secure jobs. They also pay income taxes.

"I think this particular issue speaks to all of the students," McCarty said. "Whether or not you have DACA status, you know someone who does."

While students were given the opportunity to address the panel live on the town hall floor, many opted to submit their questions anonymously before the event. According to Carranza, it's important that students and Houstonians remain informed on this issue.

"It's important for them to directly hear from reputable organizations that they can connect with," Carranza said.

The Town Hall meeting marks the University's third community forum presented in partnership with ABC13 and Univision. Previous collaborations include the 2015 Mayor's Debate and the 2016 Sheriff's Debate.

The event is available to view at ABC13.com and Univision's Facebook Live. For resources and additional information for DACA students and families can be accessed at UHD.edu.