In the ongoing support of Houston Citizenship Month, the initiative's International Arts Committee has sponsored the creation of a unique art exhibit.

Organized by Dr. Noel Bezette-Flores, executive director of the UHD Center for Public Service and Family Strengths and co-chair of Citizenship Month, the exhibit featured the work of art professors, teachers and well-known Houston artists in a collaborative piece called "The Becoming - An Art Exhibit by Many Hands."

"The artists gathered on two separate work dates and really worked together to creative cohesive ideas. We each took pieces of the 40-foot canvas and created a unique area that captured our own visions, but there was an underlying composition device that kept it all together," he said. "There was also a great mixing of ideas and talents between the artists."

Thanks goes to the International Arts Committee for the Citizenship Month initiative, which includes: YuRu Huang, Mari Omori, Noël Bezette-Flores, Sacha Lazarre, and Karine Parker-Lemoyne, as well as the Texan French Alliance for the Arts. The art exhibit has taken place each year since the inception of Citizenship Month.

The current exhibit is on display in the City Hall tunnels through November.

UHD is a proud, primary sponsor of the initiative. 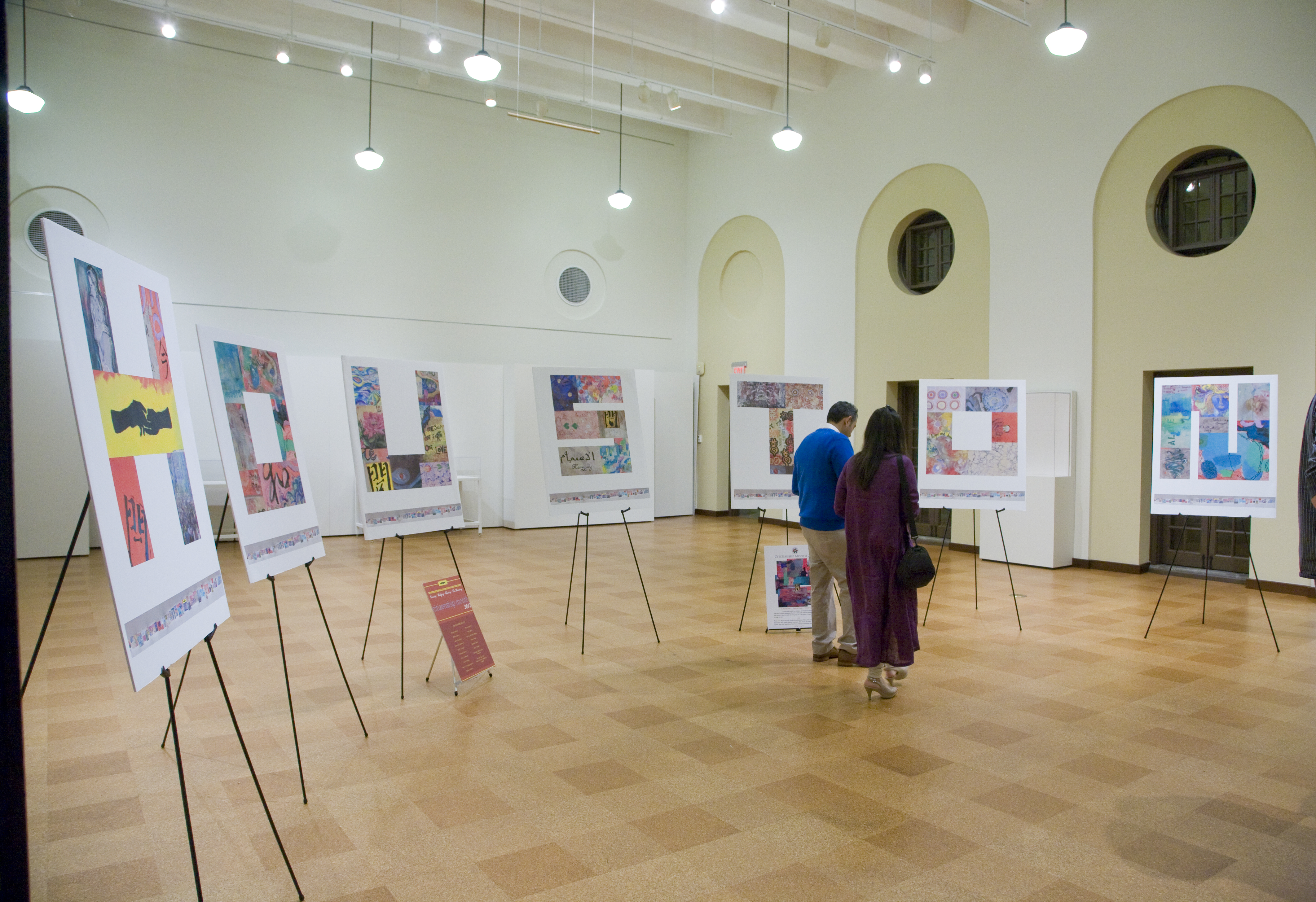 Photos of the mural were used to spell "Houston" for a display at the Citizenship Month opening ceremonies.