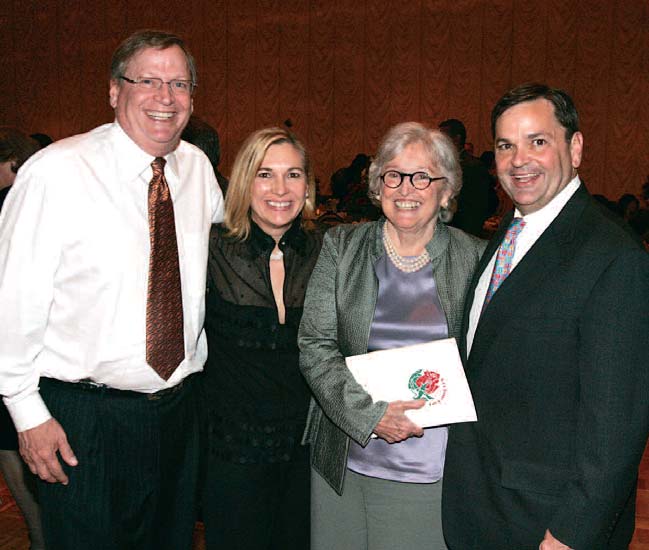 Maconda Brown O'Connor (second from right) celebrates the Red Rose Ball in 2006 with her children (from left) Toby, Nancy and George.

Philanthropist and education advocate Maconda Brown O'Connor passed away this week at the age of 82.

O'Connor was the middle daughter of famed Houston businessman George R. Brown and believed strongly in giving back to the community, promoting education and supporting local nonprofits. Her husband, Ralph O'Connor, was the first sponsor of UHD's Red Rose Scholarships, a cherished tradition at the university.

According to the Houston Chronicle, O'Connor also cofounded the Greater Houston Collaborative for Children, which focuses on early childhood education, serving about 84,000 children. She has given to or been active in practically all the children's organizations in the city and served on many boards, including the Brookings Institution, Texas Children's Hospital, The Rice Center for Education and the University of Houston-Downtown.