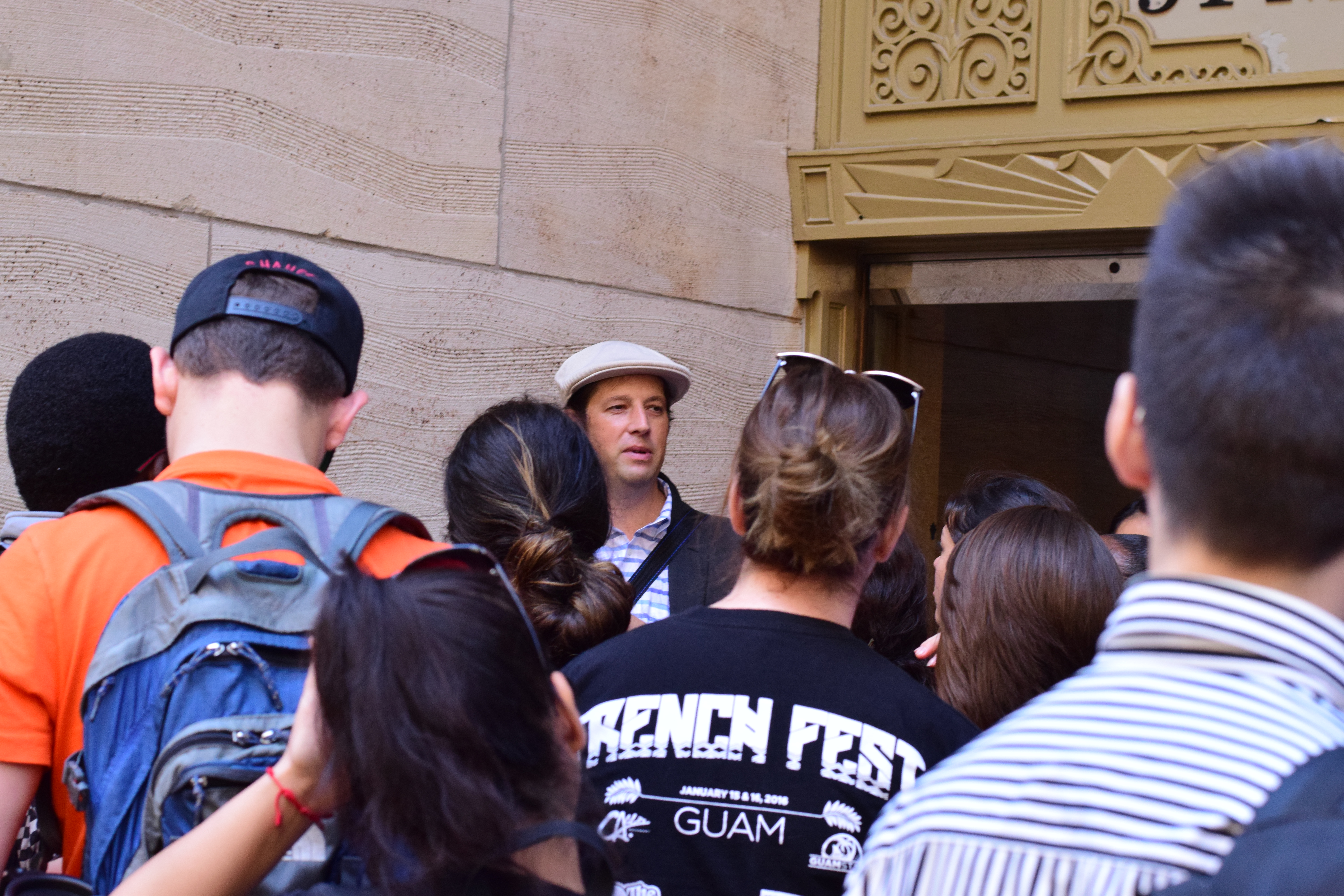 "The field trip comes at a critical time in the syllabus when there is an opportunity for us to share an understanding of how the rocks and minerals that we study in the lab are particularly relevant to our everyday lives," said Barnard. "I've designed, developed and am now testing this high impact practice to add value to the excellent existing geosciences education available here at UHD."

The tour began and ended at UHD. Students explored and discussed the stones used to construct buildings on Main Street; developed an understanding of rock styles; visited and discussed examples of each type of rock: igneous, sedimentary and metamorphic; and interpreted the earth's history in the stone observed.

The tour was well received by students.

"I had no idea the buildings had so much rock history," said UHD student Lisette Villalobos. "It was very educational."

Student Crystal Castro added, "The fieldtrip was a great learning experience and Dr. Barnard was very informative and kept the group interested and engaged throughout."

Another UHD student received a newfound perspective on the city.

"The geology field trip not only helped me see the city in a new way, but also solidified the terms, types of minerals, and rocks we've been discussing in lab into my memory," said Victoria J. Resendiz. "Seeing them in a real world setting allowed me to notice their purposes, and the many forms rocks and minerals can be manipulated into."

The geology tour, 'Introduction to the Geology of Building Stones on Main Street," was launched by Barnard spring 2016.