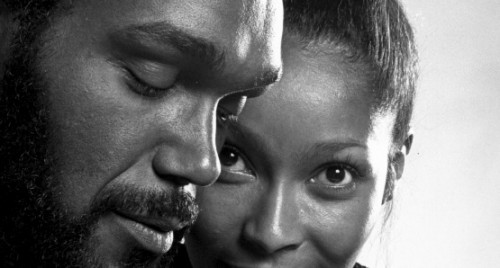 Film scholar and University of Houston-Downtown Center for Critical Race Studies fellow Dr. Chuck Jackson will host “Fades: In & Out of Black Film Archives" at 4:30 p.m., Nov. 12 in A300 White Oak Room.

The event will focus on a set of rare films from the James Hinton Collection at the Harvard Film Archive and discuss Jackson’s recent fellowship awarded by the Black Film Center/Archive at Indiana University.

Jackson, associate professor of English and coordinator for UHD’s Film Studies Program, will also address his recent article in the journal “Black Camera," which addresses the legacy of cinematographer James E. Hinton, who is cited as the “first Black director of photography in the history of North American filmmaking.” Hinton’s most notable work is experimental 1973 horror film “Ganja and Hess.” Although there are varying reports of who actually might be the first African American cinematographer or director of photography, Jackson said his contributions to film remain innovative and pioneering.

"There were cinematographers before him and around the same time, but they were their own 'firsts' in different ways," Jackson said. "I became interested in this film ('Ganja and Hess') because it's one of only two films starring 'Night of the Living Dead actor Duane Jones. I learned more about the film and James E. Hinton, then discovered an archive of his work at Harvard University."

Instead of discovering horror films or cult movies, Jackson discovered movies Hinton had filmed for the National Endowment of the Arts between 1975 and 1983.

"He shot these films in a way that made African Americans central to frame and the telling of the story," Jackson said. "He used techniques that are used in 'Ganja and Hess' in which African American actors actualy touch the lens of the camera with ther skin or their hair. They come up close to the camera and reveal the filming of the scene itself."

Dr. Creshema Murray, assistant professor of communication studies, will serve as the event’s host and engage Jackson in conversation about his article and Hinton’s contributions to film.

Presented by the Center for Critical Race Studies the event is free and open to the public.

In July 2019, Jackson's fellowship will take him to Indiana University to research the works of Jessie Maple, the first African American cameraperson to be part of the cinematrographers' union. 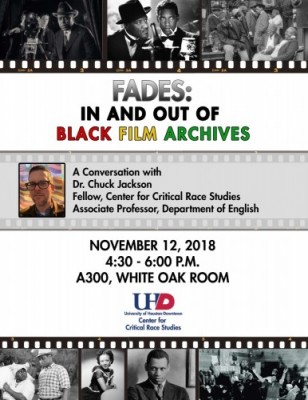