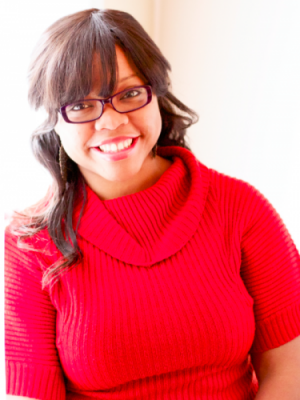 It’s been two years since Marvel’s “Black Panther” took the world by storm, and people are still buzzing about the blockbuster film.

Many fans recall the titular hero’s triumph over the deadly antagonist Killmonger. Some audience members, however, continue to find empathy for the movie’s villain (played by Michael B. Jordan). One “Black Panther” fan who saw beyond Killmonger’s ruthlessness was UHD’s Dr. Felicia Harris.

Harris is among a group of scholars who contributed articles to a special “Black Panther” edition of The Review of Communication journal. Her article “Tell Me the Story of Home: Afrofuturism, Killmonger and Black American Malaise” appears in this academic journal.

“I saw ‘Black Panther’ with my son and my nephew,” said Harris, Assistant Professor of Communication Studies and Assistant Director of the Center for Critical Race Studies (CCRS). “We saw this great movie in which the hero wins. But, I couldn’t help but feel sadness for the character of Killmonger, who lost a parent as a child and embarks on a journey to return to his homeland but is rejected upon his arrival.”

Harris explores Killmonger’s plight in her article and sheds light on how the film’s Afrofuturism (a literary or cinematic vision of a technologically advanced Black society filled with hope and freedom) is solely extended to African characters. The sole Black American character (Killmonger) is excluded from this world.

“I arrived at the conclusion that Afrofuturism is about imagining possible realities for Black people that free them from the oppression of capitalism and colonialism,” Harris said. “In this film, this doesn’t happen for the Black American character.”

The concept of Afrofuturism, Harris said, is often rooted in science fiction and presents an optimistic future for Black people. Various tropes of Afrofuturism include technology, art and fantasy. Most importantly, it presents Black citizens in the roles of leaders, scientists, explorers and superheroes (as in the cast of “Black Panther”). 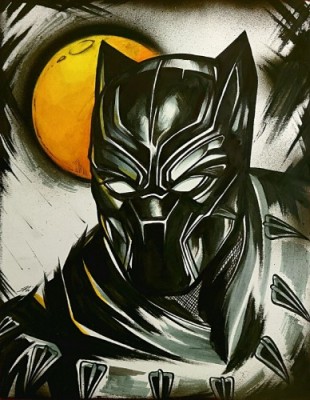 “Many Black people struggle with their own histories,” Harris said. “There’s a great unknown in many of our pasts, Afrofuturism tries to fill some of these gaps and present a positive vision of the future.”

Harris’ article addresses how this future is denied to the Killmonger character, a Black American man, whose father was killed in the inner city. In spite of his superior intelligence and African lineage, he is met with animosity and rejection at every turn.

“Through his story in the film, I see parallels with the Black American experience,” Harris said. “Many people go through the system, work hard to prove themselves, and then are treated as if they are out of place … questioned ... and put under the microscope.”

Harris’ article, as well as the others in the current edition of The Review of Communication also speaks to the immense influence and impact of the 2018 Marvel film. Two years following its release, the movie continues to generate discussions including those within this special edition of the journal.

“There are so few representations of Blackness on the big screen,” she said. “This film generated excitement in the Black community on many levels. From its talented cast and director to simply having Marvel’s first Black superhero represented on the screen, it was truly a milestone on many levels.”

The article also complements the work being generated in UHD’s Center for Critical Race Studies. Her peer Critical Race Studies Fellows also have contributed to the ongoing conversations on race and diversity with texts and literature. Harris’ contribution to this journal among others is an example of the Center’s mission to continue to investigate issues of race using a critical lens.

“As Fellows of the Center, we are a community of praxis which cultivates new knowledge, deeper understandings and better social justice practice through our diverse expertise and experiences,” said Dr. Vida Robertson, Director of CCRS. “We celebrate work such as that being produced by Dr. Harris and colleagues because it embodies the bold aspirations and unwavering commitment of UHD’s Center for Critical Race Studies.”