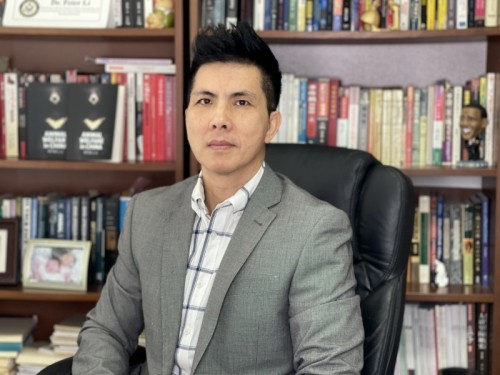 When Dr. Peter Li was a boy growing up in China, someone gave him several baby birds. He excitedly showed his mother, who offered a somber response.

“Someone is very sad right now,” she said.

That conversation helped set in motion Li’s journey as an internationally-recognized animal rights activist, global scholar and University of Houston-Downtown professor. It also serves as an example of the compassion that many people in China have for animals.

Those sympathies, Li said, have become obscured in the media, particularly during the past year. With China’s wildlife (or wet) markets being at the center of COVID-19 investigations, the country is often characterized as a haven for animal cruelty. Wet markets, however, only tell one side of the story when it comes to China’s treatment of animals, Li said.

He addresses his native country’s history with animals and the current state of Chinese animal welfare policies in his new book “Animal Welfare in China: Politics and Crisis” (Sydney University Press). In the book, Li, UHD Associate Professor of Political Science in the College of Humanities & Social Sciences, approaches the topic of animal rights and animal welfare in China from a political science perspective.

“I am often asked “Why are people in China so cruel to animals? Is that the Chinese culture?” Li said. “The book addresses this question and explains why the country continues to host practices such as wet markets and the dog meat trade.”

In the book, Li also explores China’s history with companion animals such as dogs and cats, the tradition of vegetarianism within the country, its agriculture and livestock industries, and the country’s many animal protection organizations.

“China has a robust animal protection movement … even stronger than Japan’s or South Korea’s,” he said. “Many of these Chinese activists also are more daring, sometimes at risk of breaking the law to help animals.”

Li ultimately hopes his book debunks many of the stereotypes surrounding China and the overall treatment of animals in the country. The media and recent western political rhetoric have played a part in perpetuating the country’s image as being hostile toward animals, but he also places the blame on the propaganda of Chinese industries that exploit animals.

Wet markets, natural medicines and the dog meat trade have created a stigma for China. Li argues that those industries should not be the spokespersons for Chinese culture as a whole.

“When people in China respond to criticism about wet markets or dog meat, they may say, ‘That’s our culture,’” he said. “But that response is not reflective of all Chinese people. It is usually coming from wildlife traders within those industries.” 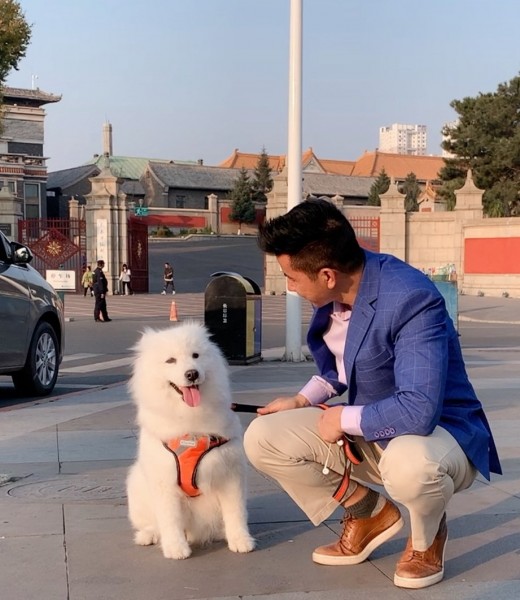 According to Li, China’s wildlife farming and livestock industries are among the largest in the world. Still, wet markets account for less than 10 percent of meat sales in the country. Culturally, these markets appeal to older generations of Chinese people, he said. Most of the country’s consumers will visit a traditional supermarket for meats and produce rather than a wet market. He also said that eating wildlife or exotic animals in China is not as commonplace as many people would believe.

“I grew up in China and never once was I served snake or dog,” he said.

In addition to his research as a political scientist, Li also drew from his own experiences as an animal rights activist in writing this book. Prior to the pandemic, he visited China several times annually for research purposes and to advocate against the dog meat trade. During his visits, he has helped liberate at least a thousand dogs by his estimation, including two that he brought back to Houston as family members.

“Writing this book was very important to me,” he said. “Yes, I have witnessed the suffering of animals, but I also have met many people who care deeply for them. I wanted to show that compassion is part of the Chinese culture regardless of what we read or see on TV and that many people value the humane treatment of all animals.”