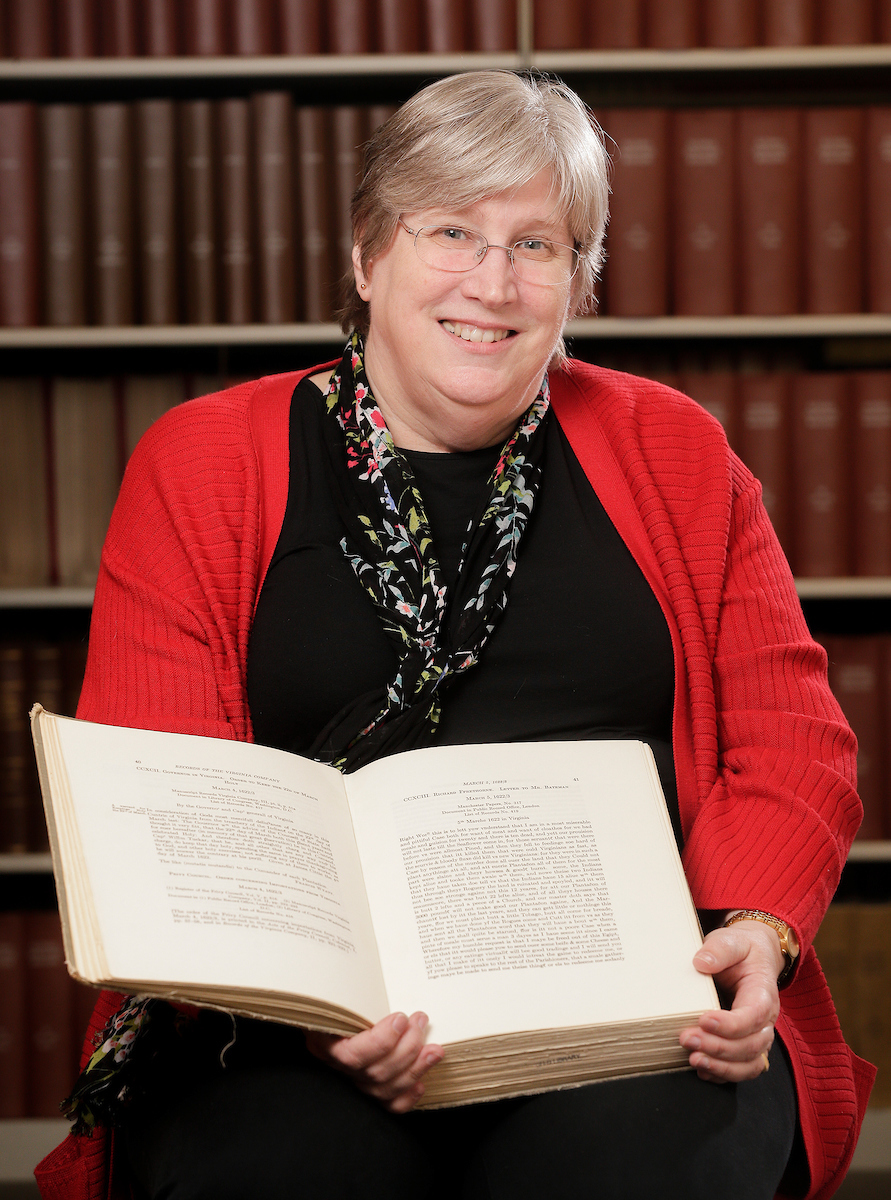 (Editor's Note: This article was written by Gator Correspondent Cymone Caldwell, who is a UHD Honors Program student majoring in English literature.)

For 20 years, Dr. Sandra Dahlberg has served as a professor of English at the University of Houston-Downtown (UHD). Entering college as a 30-year-old freshman and single parent, Dahlberg worked her way through college and finally arrived at UHD in 1997.

When asked what has kept her here for so many years and what she enjoys most about UHD, Dr. Dahlberg responded without hesitation.

"The students," she said. "I enjoy the diversity of thought and background."

Dahlberg relates to UHD's unique student body and feels that the wide range of ages and lifestyles add to the UHD experience.

In addition to teaching, Dahlberg serves on UHD's Faculty Senate and mentors students. She also is engaged in groundbreaking research that will contribute to the timeline of events for historians of early America and Britain.

As a self-proclaimed "Americanist," Dahlberg has spent much of her academic career researching the early American colonies, studying topics such as America's first settlers, indentured servants, settlers' first interactions with Native Americans. Additionally, she has authored scholarly articles covering social class and poverty.

One of her most recent works, "Do Not Forget Me: Richard Frethorne, Indentured Servitude, and the English Poor Law of 1601," was published in the Journal of Early American Literature. It was during this project that Dahlberg stumbled upon the centerpiece of her current and most important research.

While researching the Frethorne piece at The British Library in London, Dahlberg came into contact with microfilm containing what she thought was a travel diary written by a man named Richard Traunter as he traveled through the Carolina-Virginia Piedmont area. The dates of the manuscript were outside of the time period she usually works in, but her interest was piqued.

"When I found it, I thought that it was going to be just about this guy doing this backwoods trek," she said. "I thought this is cool. And as I got into it, I found out that it's more than that."

After transcribing the piece, Dahlberg realized that this document would be integral in clarifying the timeline of what went on in the Carolinas in the late 1600s and early 1700s. It was written in 1698—two years before the known benchmark document we use for understanding the Carolinas.

According to Dahlberg's research, Traunter was sent by the Board of Trade in London to search for silver and the manuscript shows connections with John Locke, Isaac Newton and Charles Montague.

"A lot of the work that I've done has dealt with the interaction between native people and Europeans," she said. "So, Traunter was interesting because he represented that element of my research."

According to his diary, Traunter was connected to major historical figures across the Atlantic, Dahlberg said. Likewise, it references two of the only recorded Native Americans from this time period. Dahlberg tracked the Traunter manuscript to the Virginia Historical Society, which she worked with to transcribe the actual documents.

"For the people who research this time period, it's going to have a huge effect," she said. "We are able to look at things like where different native people were living; the conditions that they were living in; and how the small pox epidemic affected them."

According to Dahlberg, these facts are important because the small amount of available records didn't keep track of this marginalized group of people as individuals. Her work will help to paint a clearer picture of these first interactions during the late 1600s.

Dahlberg uses many methods to conduct her research and is sharing it with UHD. Currently, she is teaching the English course, "Literature Culture of America Before 1800," in which students work and edit some of the primary documents that have been helpful to her in the Richard Traunter research. Her students are gaining skills that will be valuable to them in their own careers.

On the horizon for Dahlberg is publishing her annotation of the Traunter manuscript with accompanying interpretive essays. The journey of Richard Traunter is a key piece in forming a complete picture of the Carolinas in the late 1600s from which Americans will gain a richer and more inclusive history of the land we inhabit. Once published, she hopes the release of the manuscript will encourage historians, archaeologists and anthropologists, who work in this time period, to come together and continue to fill in the gaps.