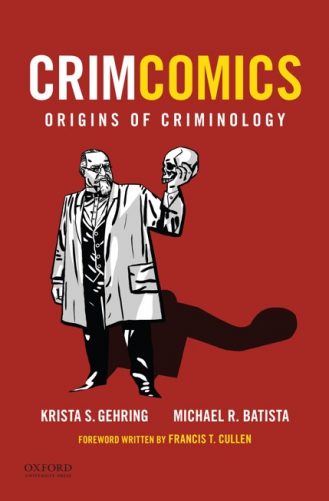 It goes without saying that comic books aren't just for kids anymore. Audiences of all ages read graphic novels and traditional comics alike. In fact, illustrated storytelling is finding its way into academia, including right here at the University of Houston-Downtown (UHD).

Dr. Krista Gehring, assistant professor of criminal justice, is bringing her professional perspectives on the medium to the city's largest comic book and pop culture convention, Comicpalooza. She is part of the panel "Comics in Academia" that will be presented at Comicpalooza at 10:30 a.m., May 13 in the George R. Brown Convention Center.

Recently, Gehring launched the comic series CrimComics (published by Oxford University Press) that explores the foundations of criminology. She writes these comics, collaborating with illustrator Michael R. Batista. Gehring also uses CrimComics in her criminology classes at UHD. At Comicpalooza, she will address these texts, as well as how comics can be used as a pedagogical tool in the classroom.

"One of the things I'll discuss (at Comicpalooza) is how I started using comics in my academic work and the results I've seen," she said. "I'll also discuss the reactions from my students and colleagues."

Gehring introduced CrimComics as way of providing narratives to explain criminology theories. As she learned about the stories that inspired these theories, she immediately saw comics as effective teaching tools.

"Sometimes, theories can be very abstract and students don't immediately grasp where they fit into modern-day criminal 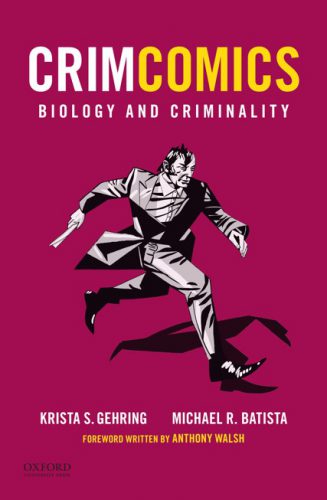 justice policies," she said. "When I was a student, I became interested in learning about the theorists themselves and the socio-political contexts that influenced thoughts on crime and criminals. Initially, I thought movies would be a good way to tell these stories, and then I thought … comics!"

A comics fan herself, Gehring partnered with Batista, another enthusiast who also studied criminal justice. In 2016, they released the first two issues of CrimComics: "The Origins of Criminology" and "Biology and Criminality." A third issue, "Classical and Neoclassical Criminology," was released this year.

A fourth issue will be published in November, and subsequent issues are in the works. Gehring anticipates the completion of the 13 issues of CrimComics by 2022.

Collecting and reading comics in her 20s, Gehring began with the standards, including "Wonder Woman," "Justice League of America," and others. Then, she moved on to more diverse fare including graphic novels about crime and other serious topics.

Just as she's no stranger to comics, Gehring is very familiar with conventions such as Comicpalooza. She's has attended the event several times as a fan and now is pleased to share her expertise as a guest. More than that, Gehring is enthusiastic about delivering future issues of CrimComics and continuing to pair her passion for teaching with her interest in comics.

"It's been a great way of integrating my creative energies with my scholarly activities," she said. "As a result, I've been able to create teaching tools that engage students and present criminology in a unique format."