UHD Professor Serves as a Panelist at Congressional Briefing 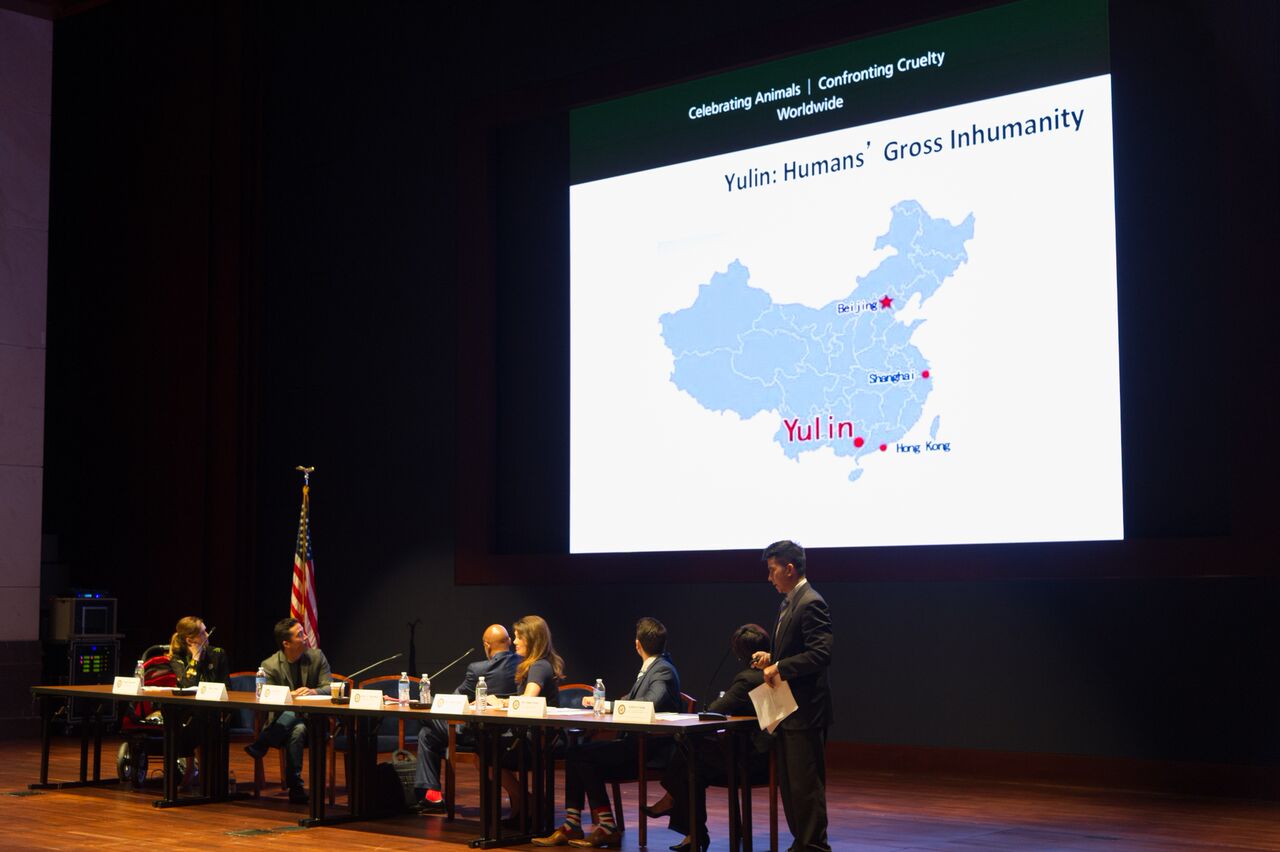 On Sept 14, Peter Li, associate professor of international politics at the University of Houston-Downtown (UHD), served as a panelist at a Congressional Briefing hosted by Congressman Alcee L. Hastings (D-FL).

The Briefing focused on Hastings' H.Res752, condemning the Dog Meat Festival in Yulin, China and urging China to end the dog meat trade.

"China's dog meat trade is not simply an animal cruelty issue," said Li. "It is an industry challenged by the Chinese people themselves for its connection with a host of practices that are against China's own laws. "I believe China is materially and philosophically ready to legislate animal protection laws and to outlaw the dog meat trade."

During the festival, which has been condemned worldwide, approximately ten thousand dogs are rounded up and slaughtered for human consumption.

Li is an expert on animal welfare policy issues in China and other East Asian nations and China's Policy Advisor at Humane Society International.

UHD Professor Serves as a Panelist at Congressional Briefing