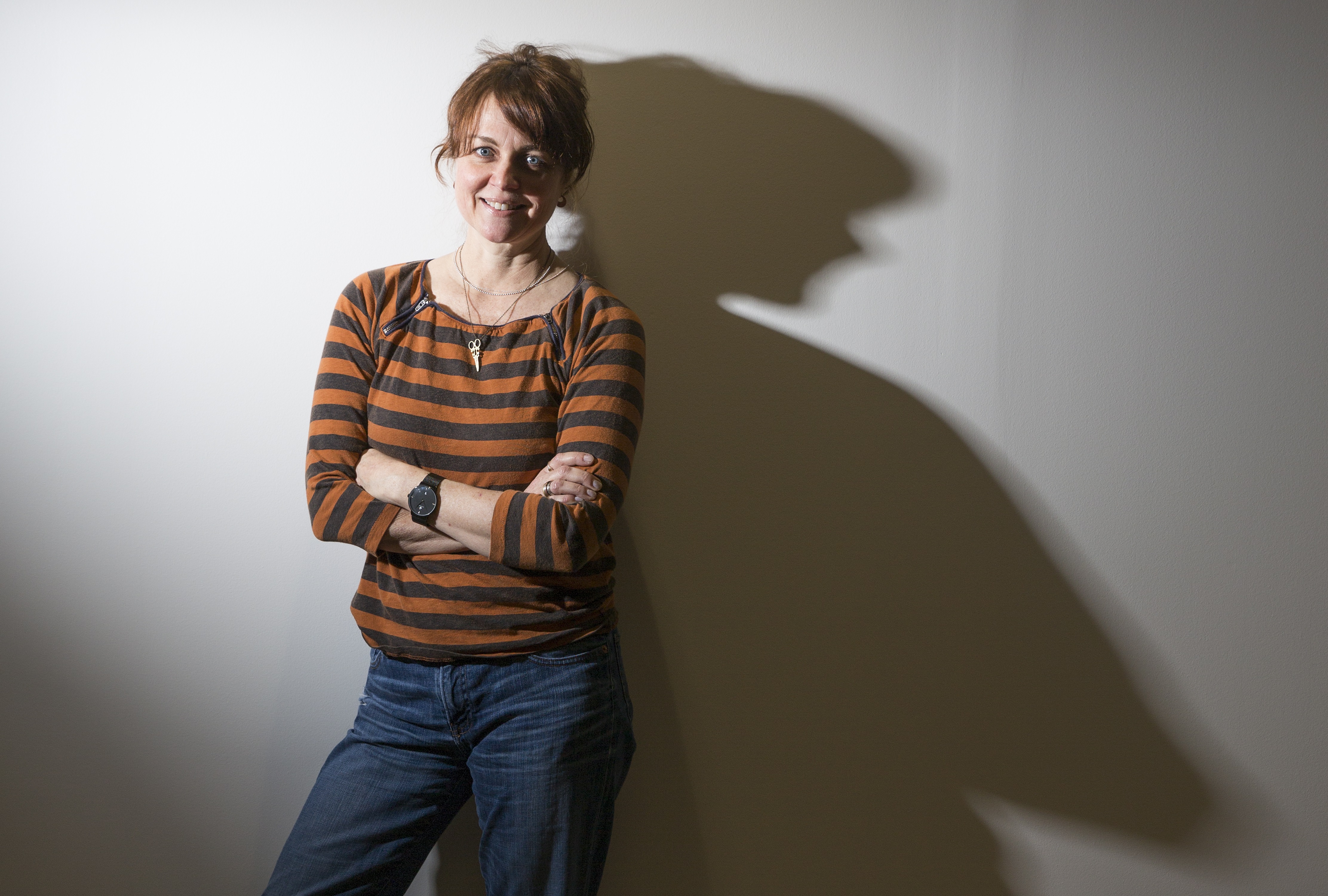 University of Houston-Downtown (UHD) professor of psychology, Dr. Kristin Anderson, is a native of Southern California and got her start much like many of UHD's own students—as a transfer student.

And like many UHD students, Anderson is passionate about her community. She volunteers her time to support causes she believes in, and applies her scholarly skills to research that can benefit populations whose voices may go unheard.

Anderson's post-secondary education began at a California community college, and from there, she transitioned to San Diego State University where she earned both a bachelor's and master's degrees in psychology. She then attended University of California, Santa Cruz to study psychology at the doctorate level.

After graduating and teaching for a time in Ohio, Anderson realized she wanted to work in a larger city. Fortunately for UHD students, she found a home in the nation's most diverse city at one of the city's most diverse universities.

"The third floor deck that overlooks Downtown … that's what sold me," Anderson said.

For the last 15 years, she has taught courses at UHD in prejudice; stereotyping and discrimination; the psychology of gender; psychology and the law; and research methods. Her main areas of focus, however, have been different types of inequality.

"When I see people who have more privilege and more power behaving selfishly, that really triggers me," she said. "I really always want to side with the people who are marginalized, who don't get a fair break and have to work twice as hard to get half as much. For as long as I can remember, I have felt this way. I think that is what motivates me."

In addition to teaching, Anderson is one of the nine original faculty fellows who founded the Center for Critical Race Studies. In this role, she helps develop curriculum for the program and keeps the Center moving forward by coordinating talks and film screenings or organizing visits for scholars across the country.

"Critical race studies is a particular perspective of looking at race," she said. "It's really a critique of how we conceptualize race in this country and how we think about race. The 'critical' part is critical."

As of late, Anderson has been featured in the media recently discussing topics related to gender and race. "Psychology Today," Houston Public Media and FOX26 Houston and other outlets have utilized her expertise while trying to unpack the complicated issues of masculinity and gun violence, sexual harassment and the #MeToo Movement.

The latter subject has been omnipresent in the news for several months. According to Anderson, #MeToo has helped many women—led by women of color—find a voice in acknowledging the problem of sexual harassment in society.

"I think because of #MeToo, women will feel more comfortable calling out certain behaviors and I think they will be a little more accepted for doing so," she said.

Engaging in conversations on these topics in the classroom and public forums is an important part of academia, Anderson noted. In fact, that's her favorite part of being a professor at UHD.

"I feel like the luckiest person on Earth with this job," she said. "I can talk about these issues, these very difficult issues, and these emotional issues, and students will walk with me on that journey. I'm grateful that I can walk into a classroom and have this dialogue and they're just like 'Okay, let's figure that out.'"