New Study Published in The Journal of Black Psychology 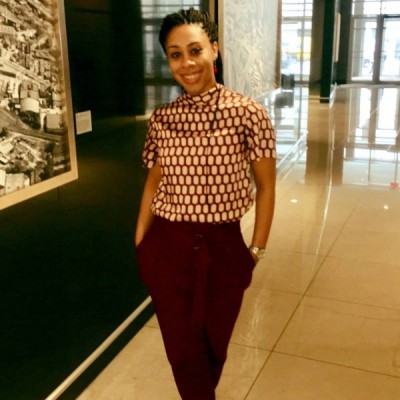 A popular children’s television show has long featured a segment titled “One of These Things is Not Like the Other” in which objects of different shapes, sizes and colors are matched against each other. The audience is then asked to select the item that seems out of place.

As benign as that exercise is, the same principle can have critical implications on people’s perceptions of others and how well they will be socially accepted. When an individual has traits deemed as non-typical or different than those of a particular group, individuals can often be thought of as an outsider … or not fitting in.

UHD professor Dr. Antoinette Wilson explored this concept as it relates to Black students’ judgments and acceptance of their peers. She recently shared her research in The Journal of Black Psychology.

“This paper looks at how Black people who vary in typicality, in both their behavior and phenotype, ... are perceived by others within their in-group,” said Wilson, Assistant Professor of Psychology and a Fellow in UHD’s Center for Critical Race Studies.

Phenotype, Wilson said, refers to an individual’s observable traits such as skin tone and other physical features.

Participants observed video scenarios with animated characters (created by Wilson using “The Sims” video game), then responded to survey questions about these characters. These characters (all African American) had varied facial features and skin tones. She also instilled various points of view within these characters. As participants viewed these characters, a narration would offer details on their lives, where they grew up, their feelings on being Black, the music they listen to and numerous other personal traits.

“What I found was that judgments of belonging were largely based on the characters’ behavior,” Wilson said. “Characters who espoused ideologies such as supporting Black businesses or favoring Black musical artists were rated as more likely to belong or fit in among other African American peers.”

Wilson also discovered that college students were more flexible in their acceptance of characters who displayed various typical physical or behavioral traits than were high school students. One example included a question asking if a character was likely to be part of an academic honors program. College students were more likely to find that the character would fit into such an environment, regardless of their physical or behavioral traits she said.

“With development and experiences that increase identity exploration in college spaces, these judgments of in-group belonging become more flexible and less rigid,” she added.

Ultimately, Wilson hopes this research and similar studies help reflect the diversity within the Black community. African Americans, she said, are not a “monolith.” There is much variation within Blackness, and the results of this study show that emerging adults recognize this.

“One of the reasons young adults, and particularly, adolescents were part of this study is because peer acceptance has many implications on their well-being, their self-esteem, positive adjustment and sense of belonging,” she said.

This study is a precursor for future research that extends beyond in-group (or a group of people with a shared identity and interests) judgments and biases and will focus on how notions of typicality are perceived from those outside of these circles.

While Wilson is optimistic that her research will help address issues of bias and discrimination, she is seeing a ray of light within contemporary media. Recent portrayals of Black culture in television and film coupled with rising numbers of African Americans in leadership roles are moving the needle in terms of expanding perceptions and understanding of the Black community.

“There is significant progress in the representations of Blackness in the media and in society,” she said. “We’re seeing a celebration of variation and diversity among Black people. That’s important right now. Having this understanding of group diversity allows us to move beyond these historical notions of who is powerful and beautiful and embrace broader perspectives of race and identity.”