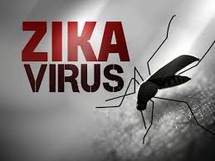 Mosquitoes are as common in Houston as traffic jams, but most residents don't know that there are more than 58 species living in the Bayou City. Jeff Flosi, UHD associate professor of biology and microbiology, knows that and more. Flosi's primary interest in Houston's unofficial winged mascot is to research species of disease-carrying mosquitoes and help curtail the spread of Zika virus, West Nile virus, yellow fever, dengue fever, Chikungunya and other mosquito-borne illnesses.

Flosi, principle investigator of the UHD Medical Entomology Laboratory, began researching mosquitoes during his entomology doctoral program at Iowa State University. The study of insects captured Flosi's attention as a young boy growing up in El Paso. "I was always interested in critters and picking up bugs," he admits.

After completing his doctorate, Flosi returned to Texas and worked for six years with the Harris County Mosquito Control District as Chief Entomologist and Laboratory Supervisor, while teaching part-time at UHD. It was in the 1980s, while Flosi was studying the Harris County mosquito population dynamics, he first discovered the Asian tiger mosquito (Aedes albopictus) had reached the United States. This mosquito can transmit deadly heartworms to dogs and viral pathogens between humans.

"In 1985, we found a breeding population of the Asian tiger mosquito in the United States. We're not entirely certain how the mosquito entered the country, but now this particular species can be found in 26 states. It was a very interesting discovery," Flosi said.

Today, Flosi spends his time working in the field with UHD students, researching in the laboratory and collaborating with other specialists on important issues, including the recent spread of Zika virus.

In the UHD Medical Entomology Lab, Flosi tailors research for undergraduate participation. Students use a variety of traps to capture mosquito eggs and lure adult mosquitoes, then they bring the mosquitoes back to the lab for further study. Research yields information on mosquito behavior, breeding preferences, flight range and other characteristics.

"My students occasionally ask me, 'Haven't people already studied these species of mosquitoes in this area?' and my answer is, 'Yes, but they have not studied these mosquitoes at this exact time in these exact environmental conditions.' Weather and environmental changes can have major impacts on population distribution," Flosi explained.

With the surge of reported cases of Zika virus throughout South and Central America, Flosi knows Gulf Coast residents worry about their safety.

Flosi emphasized, "It is important to remember that residents of the United States do not live in the same conditions as the major outbreak zones in Brazil. Standing water is the greatest determinant for the population distribution of the two types of mosquitoes that carry Zika virus, the Asian tiger mosquito and the yellow fever mosquito (Aedis aegypti)."

The traditional control method of nighttime chemical spraying is not as effective on these mosquitoes because they are not nocturnal, so Flosi stresses the importance of reducing standing water.

"Mosquitoes will bite the hand that breeds them," he explained. This saying is also the motto for the Texas Mosquito Control Association, for which Flosi is serving his third term as president. "Those of us in mosquito research and control are not simply waiting for the Zika virus to arrive in the United States. We're collaborating with other scientists and conducting research in order to be best prepared for its introduction."

And while mosquitoes have a bad reputation, Flosi notes they have an important place in the food chain.

"Most mosquitoes are pestiferous, but not all bite humans. Actually, only the females of most species are the ones that bite," he explained. "Mosquitoes serve as a good food source for animals and other insects that live in or near water. They have a valid place in the natural order of things."

With temperatures on the rise and the world warily watching the proliferation of Zika virus, Flosi and his students have their work cut out for them.