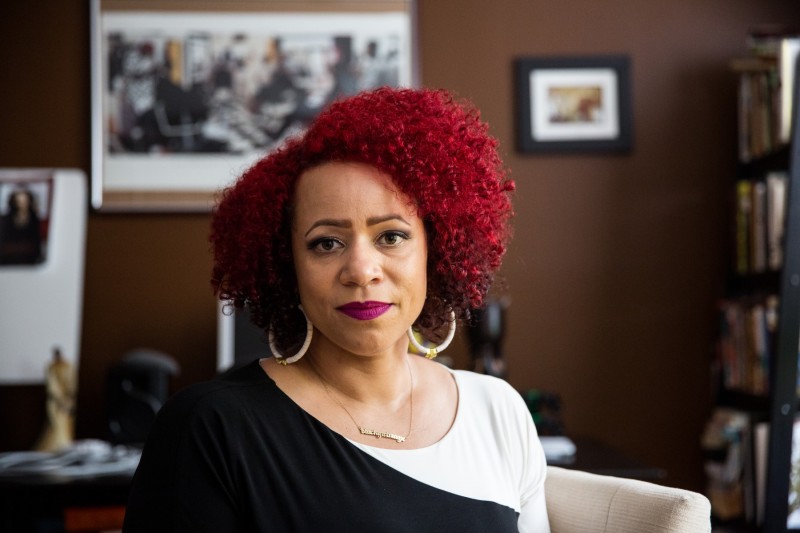 The University of Houston-Downtown has never shied away from critical conversations. Through forums and debates, noted speakers routinely visit campus ready to tackle the tough issues affecting our world.

The UHD President’s Distinguished Lecture Series on Justice, Equity & Inclusion is just one of the many platforms in which experts and activists share insights with community members. In February, this series welcomes acclaimed journalist and scholar Nikole Hannah-Jones for a virtual discussion that is free and open for all to experience.

Audience members will have the opportunity to engage in a question and answer session with Hannah-Jones and hear from Houston illustrator Nikkolas Smith, who collaborated with the journalist on the children's book “The 1619 Project: Born on the Water.”

"It is my great honor to welcome Nikole Hannah-Jones to the President’s Distinguished Lecture Series,” said UHD President Loren J. Blanchard. “Her presence certainly elevates the profile of this monthly event and complements UHD’s mission of justice in our community. I look forward to what promises to be an informative and enlightening conversation with our campus community.”

As a journalist, Hannah-Jones has investigated racial inequality and injustice for publications such as The New York Times Magazine. Her work has garnered acclaim and accolades including the MacArthur Fellowship (also known as the Genius Grant). a Peabody Award, and the National Association of Black Journalists’ “Journalist of the Year” honor. Hannah-Jones also has served as the architect behind the 1619 Project, an a comprehensive long-form journalistic endeavor exploring the consequences of slavery in America and contributions of African Americans to the nation. She also co-founded the Ida B. Wells Society for Investigative Reporting, a training and mentorship organization dedicated to increasing the ranks of investigative reporters of color.

Smith is a native of Houston and has earned acclaim for his film illustrations ("Black Panther," “Space Jam 2” among many others) , picture books (the NAACP-nominated “The Golden Girls of Rio”) and the aforementioned project with Hannah-Jones.  Additionally, his portraits of African Americans such as George Floyd, Breonna Taylor and Ahmaud Arbery (all victims of racial violence) have honored the memories of these individuals.

The UHD President’s Distinguished Lecture Series on Justice, Equity & Inclusion began in 2021 addressing topics such as health equity among communities of color, organizational diversity and the impact of climate change in Houston.  The series is supported by a $75,000 grant from the ECMC Foundation.

“The goal of the President’s Distinguished Lecture Series is to discuss strategies to enhance justice, equity and inclusion among the citizens of our city, state and nation,” President Blanchard said.  “The insights of a scholar such as Nikole Hannah-Jones will enable us to accomplish this goal among our campus community members attending this event.”