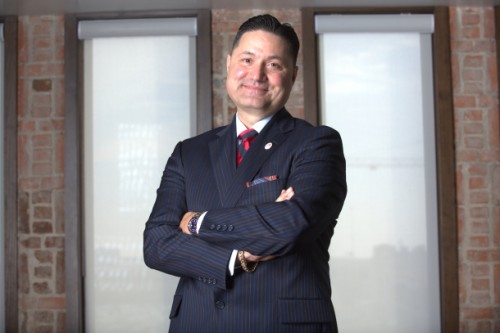 University of Houston-Downtown President, Dr. Juan Sánchez Muñoz has been named the next Chancellor at the University of California (UC) Merced. The UC Board of Regents approved his appointment during its May 20 meeting

“We are happy for President Muñoz’s new opportunity and greatly appreciate the contributions he made during his impressive tenure at the University of Houston-Downtown,” said University of Houston System Chancellor Dr. Renu Khator. “The university has benefited significantly from his creative leadership and effective administration, which helped accelerate UHD’s growing reputation as an affordable and accessible institution in the center of one of the nation’s most culturally diverse metropolitan areas. Although he will be missed, Dr. Muñoz leaves UHD very well prepared to continue its commitment to providing high quality education to students from a wide variety of backgrounds.”

The University of Houston System soon will begin a national search for Muñoz’s replacement.

During his time at UHD, Muñoz oversaw enrollment growth and increased retention rates at UHD, led the institution through its recovery from major storms (Tropical Storms Harvey and Imelda), and was at the University’s helm during the Here, We Go capital campaign (UHD’s largest fundraising effort to date). Muñoz also helped usher campus growth at UHD, including its newest building, the College of Sciences & Technology Building.

“I am grateful to Chancellor Khator, the UHS Board of Regents, and especially to the students, faculty and staff at UHD,” Muñoz said. “I have been privileged to lead this great institution and work with a talented team to help it grow and further serve the students of this region.”