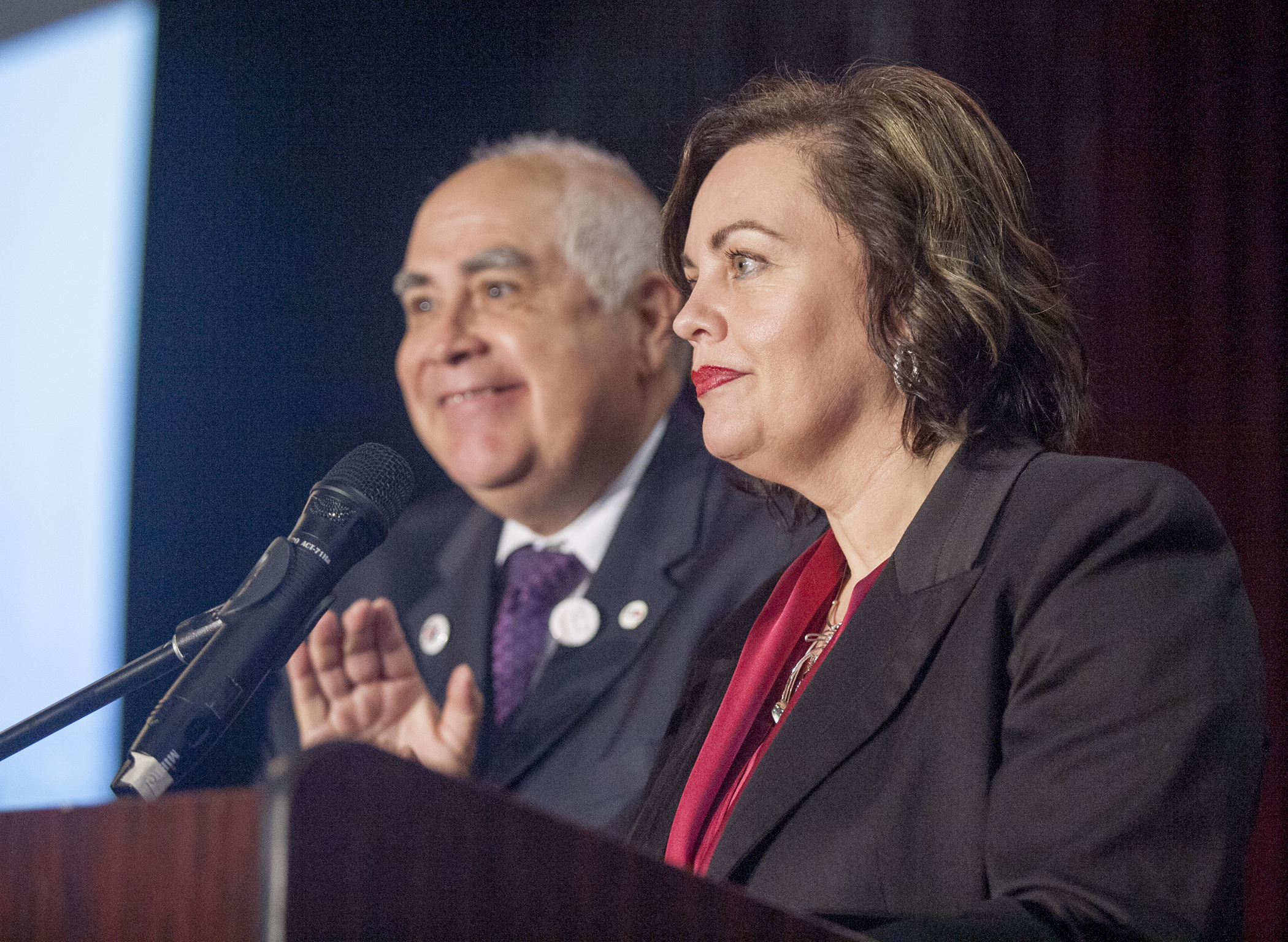 The event honored 43 outstanding Houston volunteers in 15 different categories who donate their time and efforts to a wide variety of nonprofit organizations in the region.

"The spirit of volunteerism and the willingness of Houstonians to give back make this city so great," said Flores. "These 43 finalists are a wide representation of the volunteer efforts going on throughout the community."

On behalf of Volunteer Houston, Dr. Flores issued a "Million-Hour Challenge" to Houston companies and organizations in an effort to make the Bayou City No. 1 in volunteerism in the country. Currently, Houston ranks 46th in the nation - behind Austin, Dallas and San Antonio - in volunteerism.

"By volunteering our time and efforts to improve the lives of others, we enhance our own lives and the many diverse neighborhoods that make Houston great," said Dr. Bezette-Flores. "Our alignment with Volunteer Houston is a natural extension of UHD's investment in the region, through citywide initiatives such as Citizenship Month."

This year's awards ceremony highlighted the extensive volunteer work of Neil Bush - chairman of the Points of Light board of directors and co-chair of the Barbara Bush Literacy Foundation - who received Volunteer Houston's Impact Award.

"As chairman of Points of Light, an organization started by President George H.W. Bush while in office, and the Houston Barbara Bush Literacy Foundation, Neil has made a huge impact not only on Houstonians, but the national landscape of volunteering," said Cameron Waldner, CEO of Volunteer Houston.

Former Houston Mayor Kathy Whitmire launched the Greater Houston Service Awards in 1984. From January to February of each year, local nonprofit organizations nominate outstanding volunteers for both individual and group categories. Community judges then evaluate applications and select a winner for each category.

The Greater Houston Service Awards also included a Lifetime Achievement Award to recognize the efforts of individuals who have donated 15 or more years of service to a nonprofit organization. Houston's Hank Moore, who has volunteered his time and service for 42 years to various nonprofits, received the 2015 Lifetime Achievement Award at the ceremony.

"While it is an honor to be a finalist for the Lifetime Achievement Award, the real credit goes to all of the Houstonians who dedicate their lives to making this the best place to live and work," said Moore. In 42 years of service, Moore has served on 14 area nonprofit boards of directors.

"In our fast-paced, hectic world, recognition often gets overlooked, especially for those who give selflessly of their time," said Flores. "The Greater Houston Service Awards is a wonderful way to say thank you and recognize the impact volunteers can have on an organization and the region. We were happy to serve as co-hosts for this awards ceremony, as the mission of Volunteer Houston aligns closely with UHD's significant commitment to community engagement, volunteerism and desire to better the communities in which we live and work."