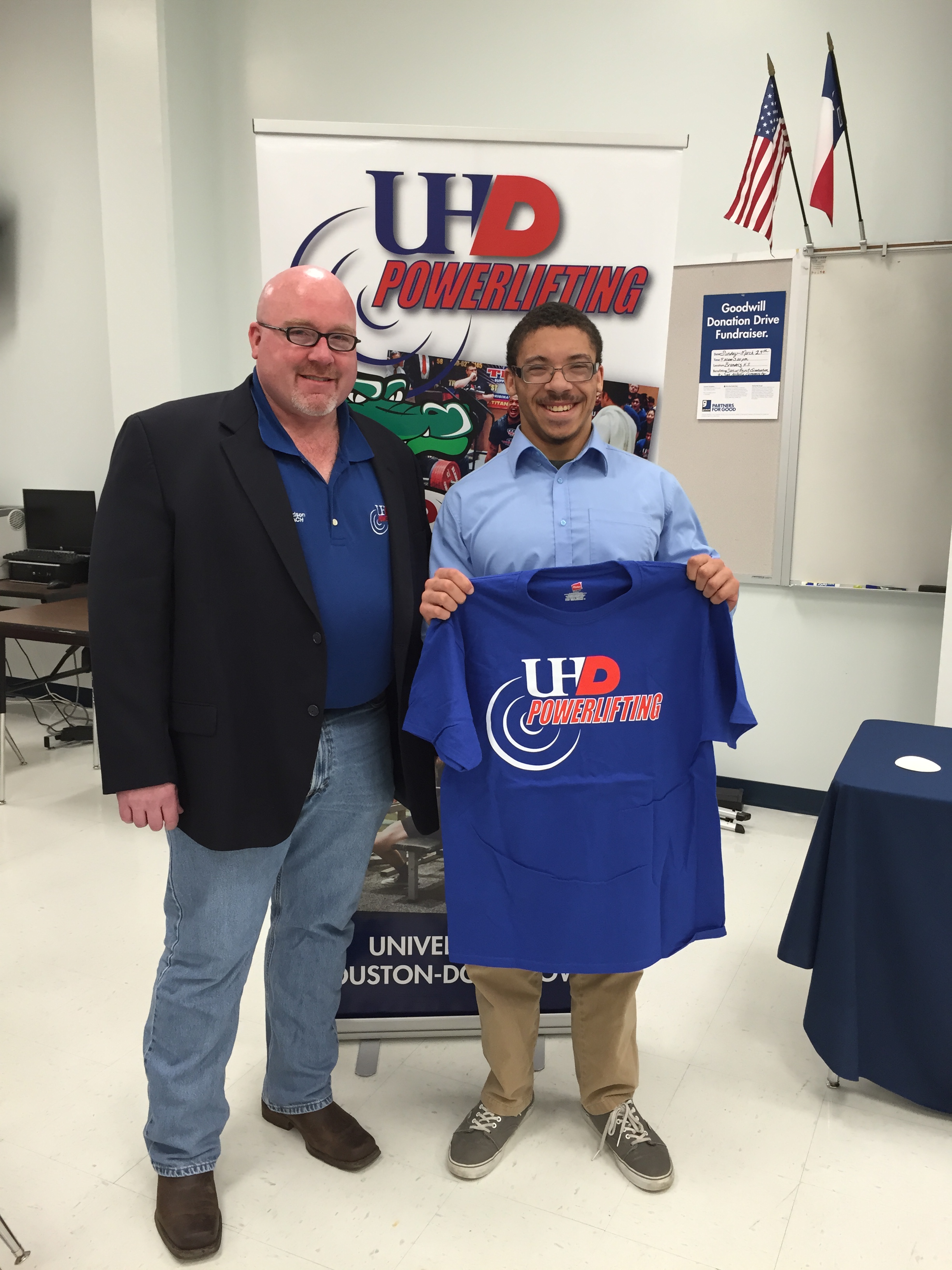 UHD Powerlifting Head Coach John Hudson started out the 2015 recruiting season with a major win by signing San Antonio-Brandeis senior Ashton Rouska. Rouska is the defending 2014 International Powerlifting Federation Teen World Champion in the 183-pound weight class and the No. 1 ranked male high school powerlifter in the nation for all weight classes, according to PowerliftingHigh.com.

UHD recruited Rouska, who signed a four-year merit scholarship to UHD, both for his academic ability and his powerlifting prowess. Rouska's signing with UHD was national news in collegiate powerlifting circles, earning coverage and a congratulatory message in PowerliftingHigh.com's biweekly recruiting e-newsletter. Zac Cooper, assistant coach at Northeastern University and chairman of the USA Powerlifting Collegiate Committee, called the signing a "game changer" for collegiate powerlifting.

Rouska's uncle, multi-time world champion Gene Bell, coaches the young champion. After following UHD Powerlifting's national success and getting to know Hudson over the past few years, Bell was impressed with the Gator program, particularly its emphasis on academics. He recommended Rouska join the UHD team.

"This is an honor for me, as Gene Bell was a great inspiration to me at the start of my own competitive lifting career in the 1980s," Hudson said.

Rouska's signing already has positively affected the team's recruiting efforts. Many outstanding high school lifters have contacted Hudson, eager to have Rouska as a teammate. Hudson says his 2015 freshman recruiting class, which includes multiple 5-, 4- and 3-star rated lifters, is shaping up to be his best yet.

As UHD has become a school of choice for high school powerlifters, recruits outside the Greater Houston area are showing interest, with such lifters making up 35 to 40 percent of recent recruiting classes. At this point in the 2015 recruiting season, 100 percent of UHD Powerlifting's 2015 class is from outside the Greater Houston area, and may end up boasting top recruits from up to six other states, including state champions from Louisiana, Mississippi, and Hudson's home state of Michigan.

He says the formula for success includes simple actions: recruiting coachable athletes, working hard, focusing on academic performance, insisting on excellent sportsmanship, and fostering an atmosphere in which the team becomes family.

"I believe any staff or faculty member with expertise in a specific sport can replicate the model I've used with the powerlifting team and I hope to see more faculty- and staff-led athletic programs in UHD's future," said Hudson, who also is the director of UHD's Center for Student Diversity, Equity, and Inclusion. 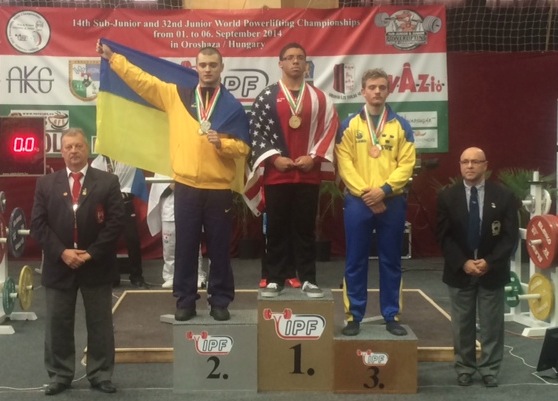 Rouska poses on the medal stand with his gold medal at the 2014 IPF Subjunior (Teen) World Championships.