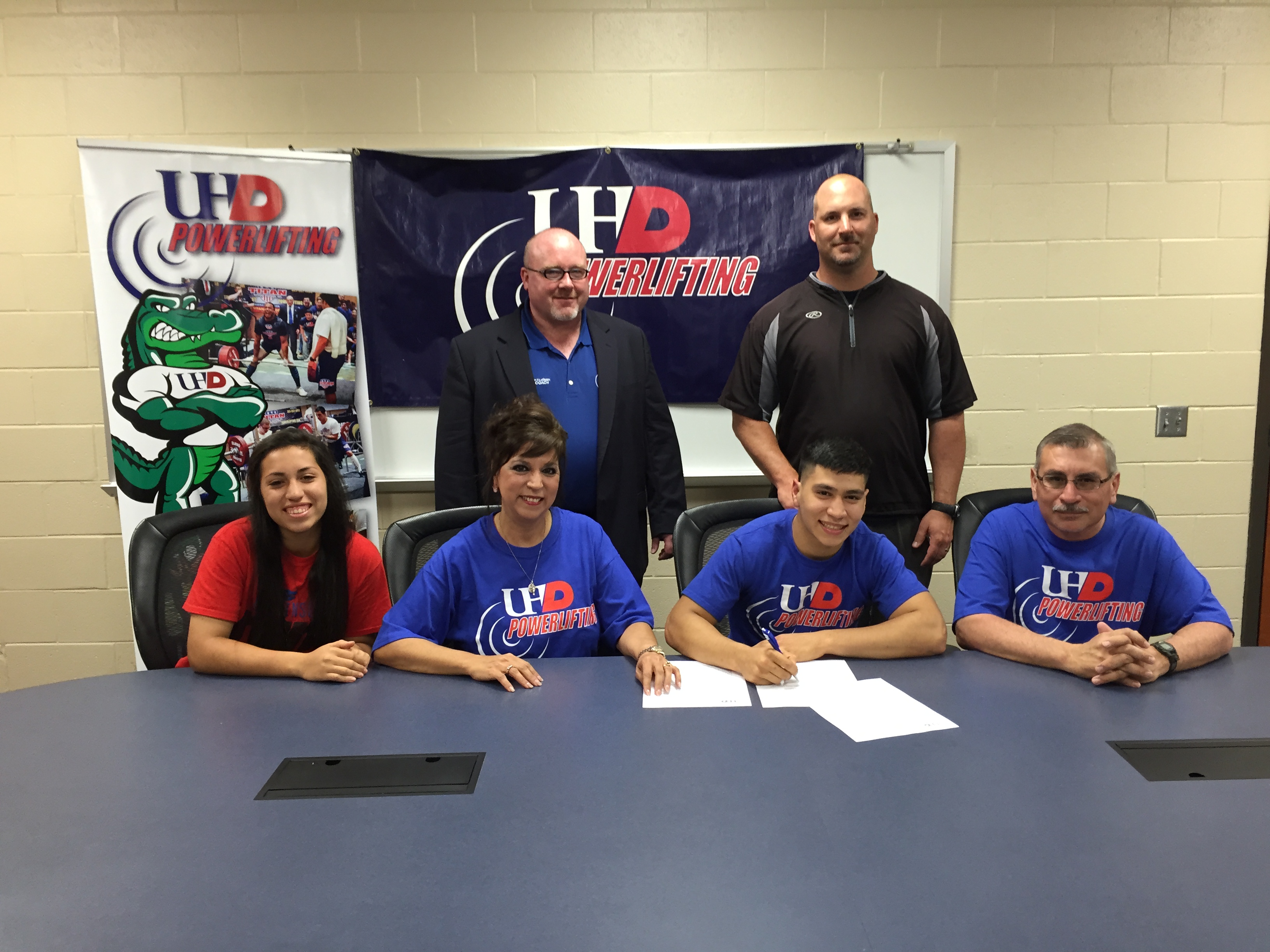 UHD Powerlifting Coach Dr. John Hudson recently added another top high school powerlifter to a recruiting class anchored by Ashton Rouska of Brandeis High School in San Antonio. Powerlifting.com ranked Rouska first nationally for all boys, all weight classes at the time of his signing, and he finished the year as a five-star recruit, ranked No. 3 nationally and second in Texas. Joining Rouska, who will lift in the 183 weight class for the Gators, is Alec DeLeon of Dickinson High School.

DeLeon, who is a former high school teammate of UHD Powerlifting lead team captain Kenny Nguyen, placed fourth in the 148 weight class at the 2015 Division I Texas High School Powerlifting Association (THSPA) State Championships and helped lead his team—the Dickinson High School Gators—to a Division I State Team Championship. Powerliftinghigh.com ranks DeLeon No. 30 in Texas for all boys, all weight classes, and gives him a four-star rating. DeLeon also earned a place on the 2015 THSPA All-State All-Academic Team, has been featured as a Houston Chronicle "Athlete of the Week," and will graduate Cum Laude from Dickinson High School in June.

At UHD, DeLeon will start out his collegiate lifting career in the 145 weight class.

"DeLeon will push Kenny Nguyen to improve by virtue of his massive mid-500s squat," said Hudson. "In turn, Kenny will push him in the bench press, a lift in which Nguyen is the Teen and Collegiate American Record-Holder."