This Friday through Sunday, members of UHD Powerlifting will be putting the teams undefeated record of 33-0 on the line as they compete as a team for the first time in the USA Powerlifting (USAPL) National Collegiate Championships in Orlando, Florida.

The USAPL Collegiate National meet is the most prestigious collegiate meet in the nation, as it is a three-lift competition, with lifters performing squat, bench press and deadlift for a combined total. The Gators have won six consecutive WABDL Collegiate National titles, but WABDL requires only two lifts: bench press and deadlift. Coach John Hudson has been preparing the team for the transition from WABDL to USAPL for several years, including recruiting high school lifters who competed in the three-lift format in Texas high school powerlifting. Unlike WABDL's co-ed team competition, USAPL has separate men's and women's team competitions at the National Championships. This weekend, UHD will participate in the men's team competition, squaring off against 34 other schools and more than 200 of the strongest collegiate men in the nation. Those schools include Air Force, Arkansas, Army, Boston College, Louisiana State University, Penn State, Texas A&M University and many others.

And the Gators enter the competition with a huge target on their backs for soundly defeating defending 2013 men's champions Texas at the USAPL Texas Collegiate Regional in December. Also, several UHD men were seeded very high for the meet, including freshman Kenny Nguyen, who is ranked second nationally in the 145 weight class.

According to Hudson, this is not the same powerful UHD roster that upended the University of Texas in December. Unfortunately, the Gators have been hit hard by injuries this spring, and a few lifters are gone for academic or conduct reasons. Nevertheless, Coach Hudson feels that UHD's men roster, while somewhat depleted, is still capable of a top-5 finish if each lifter performs up to his potential and executes mistake-free lifts.

Good luck to all participating in the meet! 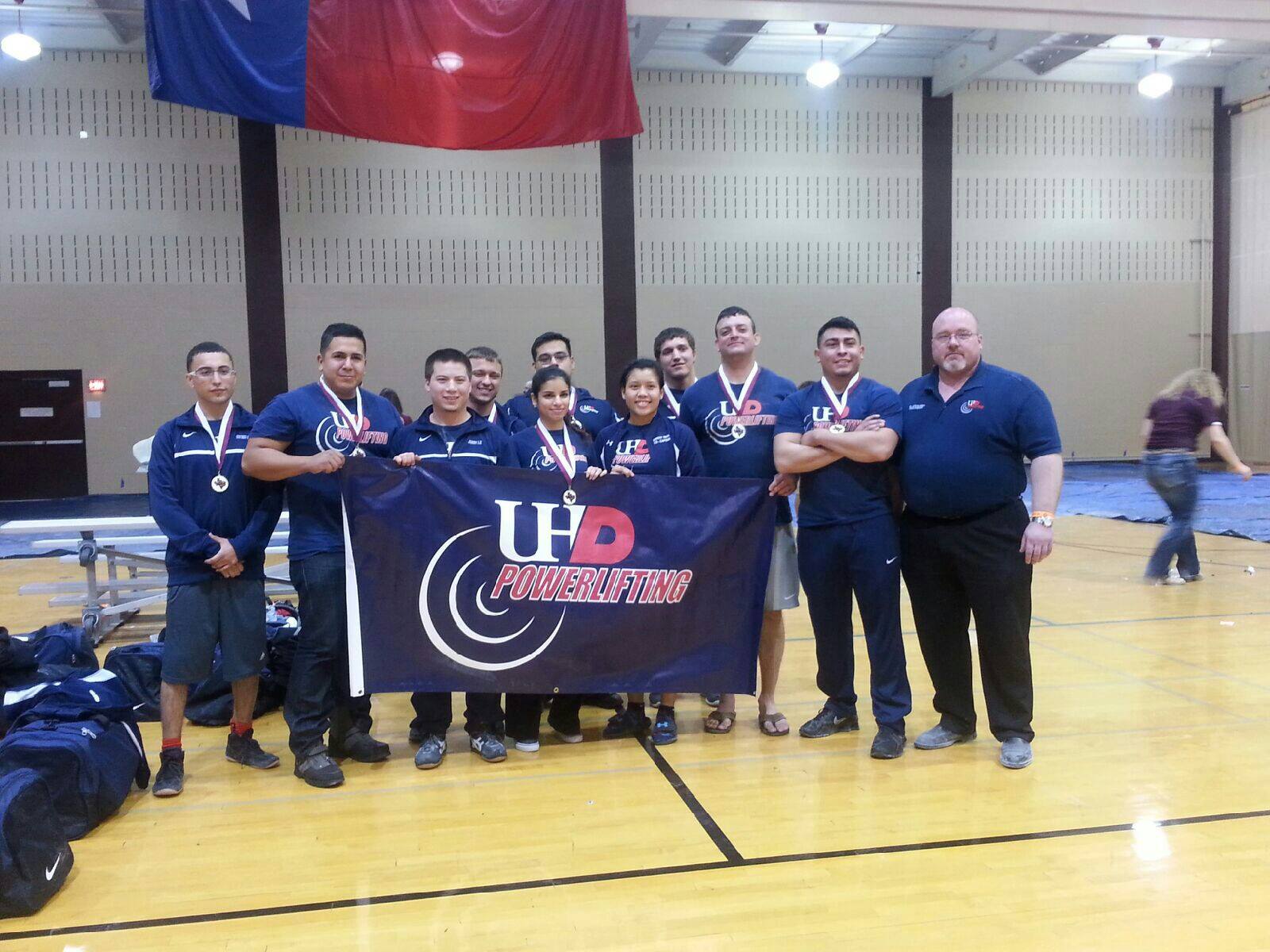