This scholarship awards $2,000 each semester to the team member who demonstrates the greatest improvement in his or her cumulative grade point average.

Villarreal, a graduate of Sharyland High School in Mission, Texas, is a biology major and plans to pursue a graduate degree in physical therapy following graduation. She is a former high school national powerlifting champion. She has won two world championships and five national championships, and has set 11 records in the sport, including four national records and one world record. Villarreal also is a member of Scholars Academy.

"I am very proud of Briana's commitment to academic excellence and the hard work she devotes, both in the classroom and in the gym," said John Hudson, coach of UHD's powerlifting team. "She is a role model for others and displays the mental fortitude and tenacity that is needed to succeed academically and in life."

This award is made possible by the generosity of an anonymous donor and honors Sister Adele Brennan, a native of Galveston, who has served as an Ursuline Sister since 1972. In addition to teaching high school, she has served as a campus minister and assistant principal in Ursuline schools in Chicago, St. Louis, Dallas, New Orleans and Decatur, Ill. She is known for her love, compassion and patience that have touched the lives of countless individuals.

"I was very excited and honored to receive such an award," said Villarreal. "Balancing school and lifting is a challenging task, but if you have the passion and the drive, you can succeed in both areas." 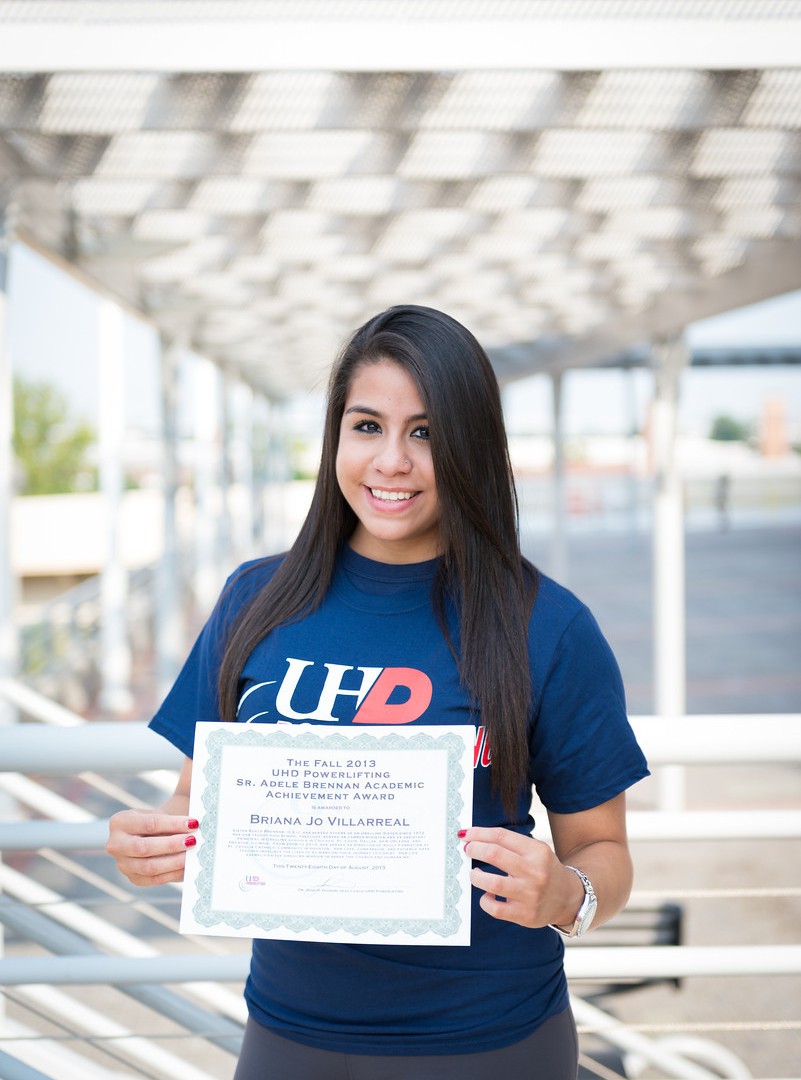