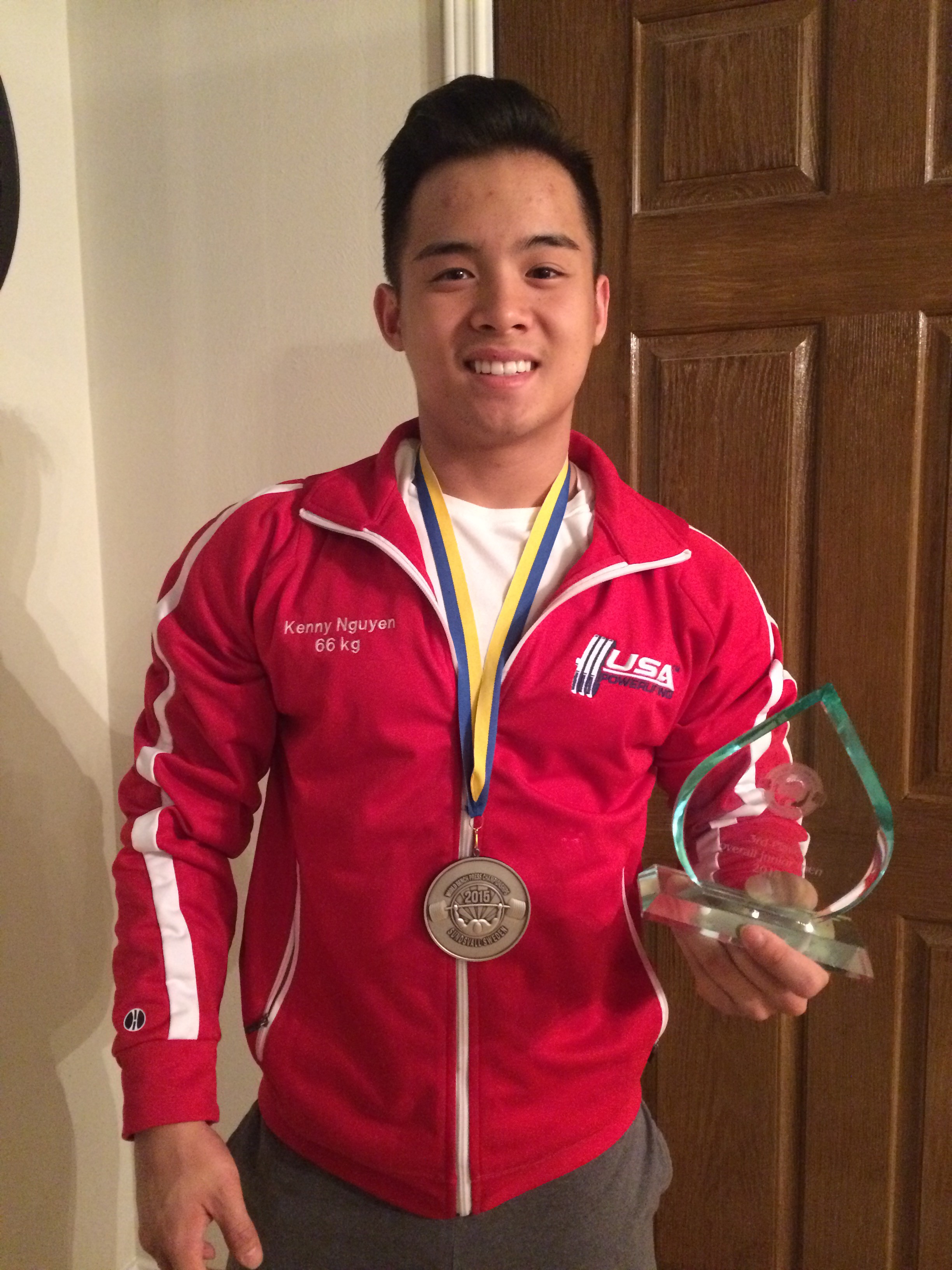 UHD Powerlifting team captain Kenny Nguyen, a sophomore from Dickinson, Texas, recently earned a Silver Medal and a prestigious Best Lifter Trophy at the International Powerlifting Federation (IPF) World Bench Press Championships in Sundsvall, Sweden. Nguyen qualified for a spot on the Team USA World Bench Press Squad after winning the 145 weight class in the Teen and Open Divisions at the 2014 USA Powerlifting (USAPL) National Bench Press Championships in San Antonio last August, where he set an American Teen Record of 468.2 and won the Best Lifter Trophy for the Teen Division.

In Sweden, Nguyen competed against eight of the world's best Junior Division lifters in the 145 weight class; competitors represented Japan, Poland, Russia, France, Slovakia, Kazakhstan, and Germany. In the end, there was a close competition, ending with the gold medal winner at 471.8 lbs. and Nguyen finishing second with a personal best of 470.7 pounds.

"I watched in agony via Internet from Houston," said UHD Powerlifting Coach John Hudson. "I knew Kenny was clearly capable of lifting up to 485 pounds - enough to win the gold. But the Team USA coaches made the sure call instead of taking a risk."

Coach Hudson, who has led the UHD powerlifting team to a 126-26 competition record, is known for his aggressive coaching style. His says his coaching mantra is, "Never take your foot off the gas."

As the gold medal winner weighed in higher than Nguyen and lifted only one pound more than he did, Nguyen left Sweden with the title of third-strongest Junior Division bench presser in the world, pound-for-pound.

In August, Nguyen will defend his title at the 2015 USAPL Bench Press Nationals in Scranton, Pennsylvania.