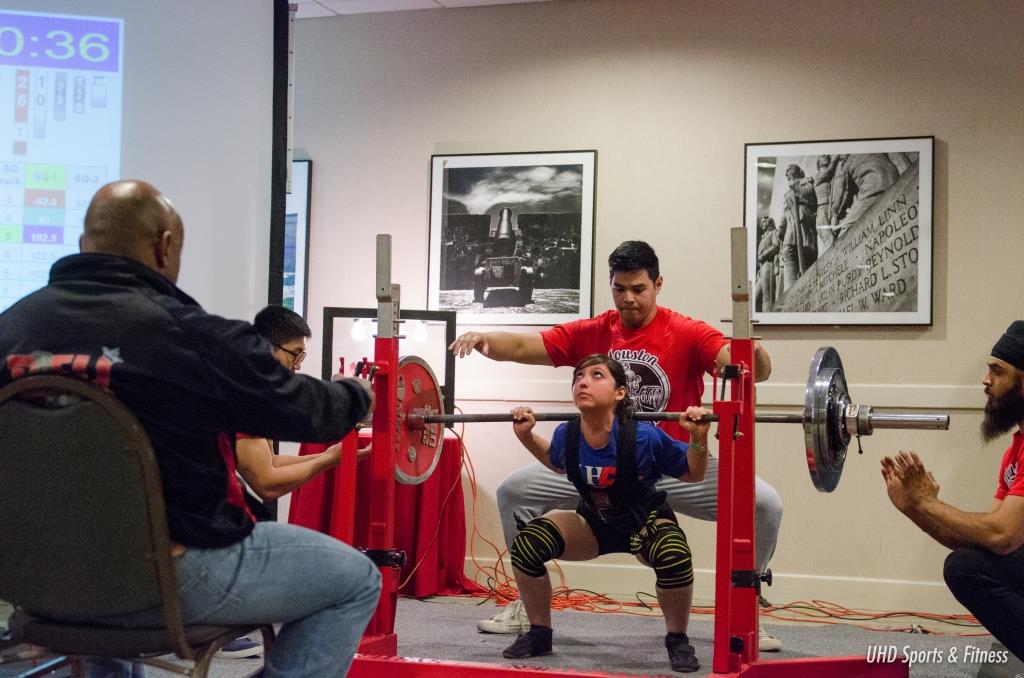 However, the day started out a bit rough for the UHD women's squad as two of Coach Hudson's star freshman recruits had difficult outings in their first time on the collegiate competition platform.

Freshman Delicia Garza got the women back on track by winning the very competitive 84 kilo weight class with lifts of 440.7 pounds in the squat, 281 on the bench, and 429.7 in the deadlift for a new Texas collegiate state record total of 1151.9 pounds.

The men's squad put on a show for the enthusiastic crowd, making up for their lack of full weight-class coverage and depth by winning three out of five contested weight classes.

Coach Hudson had projected a maximum possible score of 53 points, and the men came up with 52, putting them in second place behind Texas, while handing defeats to Texas A&M, Sam Houston State, UTSA, and UHV.

Though the UHD men were unable to overcome the sheer numbers of Texas, it was notable that in any weight class that pitted a UHD lifter against a UT lifter, UHD came out on top — prompting a Texas team leader to remark that "those Gators are dangerous."

The next major event for UHD Powerlifting will be the 2016 USAPL National Collegiate Championships in Providence, Rhode Island, April 2016. 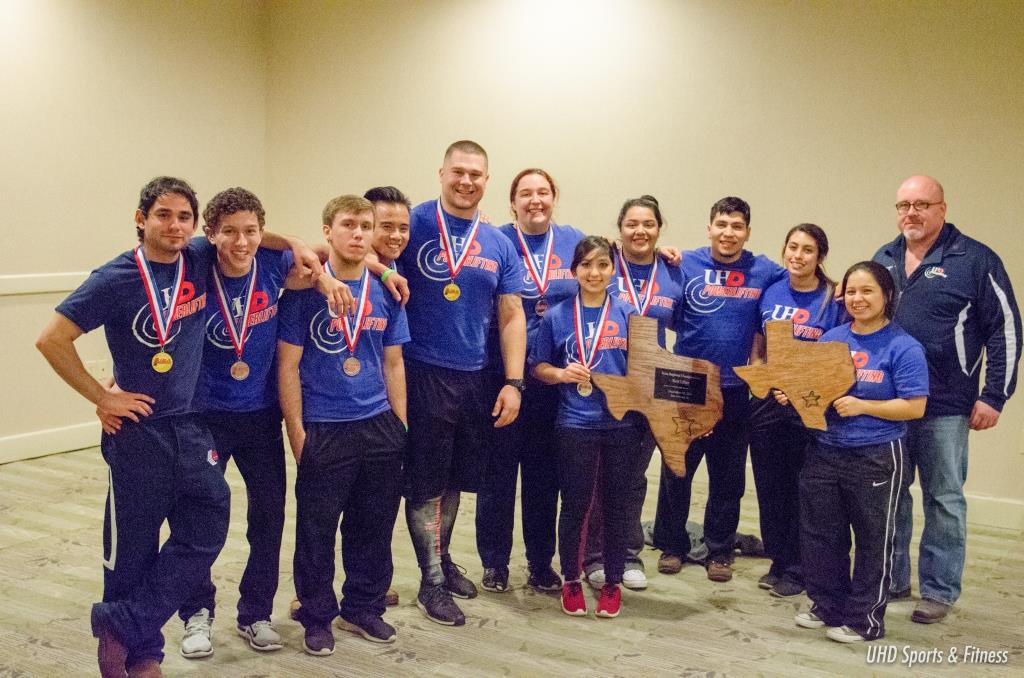