A memorial service was held last week in honor of the 12 fire fighters and first responders that perished in the West, Texas plant explosion April 17. In attendance was UHD's own Philip Miller, a 20-year veteran police officer at the University and a volunteer fire fighter with Klein Volunteer Fire Department.

"We were asked by our senior captain if anyone wanted to go to the memorial service and nine of us volunteered to go," Miller said. "It was an awesome experience - so touching and sad."

An estimated 1,000 emergency responders and 500 pieces of apparatus (fire trucks, engines, ambulances) from across the country were present at the memorial. Approximately 1,000 riders from the Patriot Guard, a motorcycle club that attends funerals of fallen service members and first responders, were also in attendance. The farthest place Miller saw represented was Chili, New York - a suburb of Rochester.

According to Miller, the venue was packed with thousands of people hoping to pay their respects. The families of the victims told stories of their loved ones, and Texas Governor Rick Perry and President Barack Obama spoke about the courage of the victims and the support West will receive from the nation.

"The whole ceremony was quite moving and pulled at my heart strings," Miller said. "Fire fighters aren't just a brotherhood, we're a family. We don't ever work alone, because we're better and safer in numbers. That's why I think this tragedy touched so many people and why so many emergency responders came to pay their respects. We're a family."

The West Fire Department gave attendees stickers to commemorate the memorial and as a thank-you to those that came from far and wide to honor the victims. Miller was so touched, he promptly attached his sticker to his brand-new 2013 Harley Davidson motorcycle and says it will stay there "until the end of time." 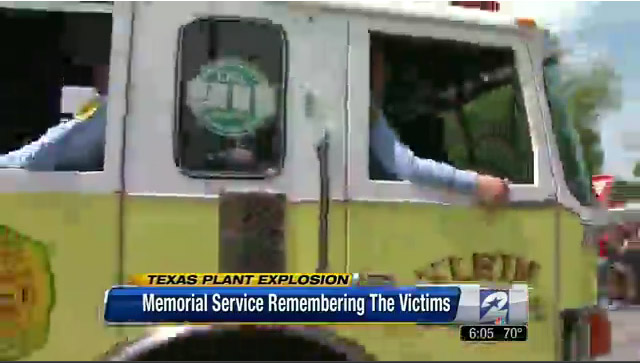 Channel 2 highlighted the Klein Volunteer Fire Department as one of the Houston-area departments to send representative to the West, Texas memorial service. 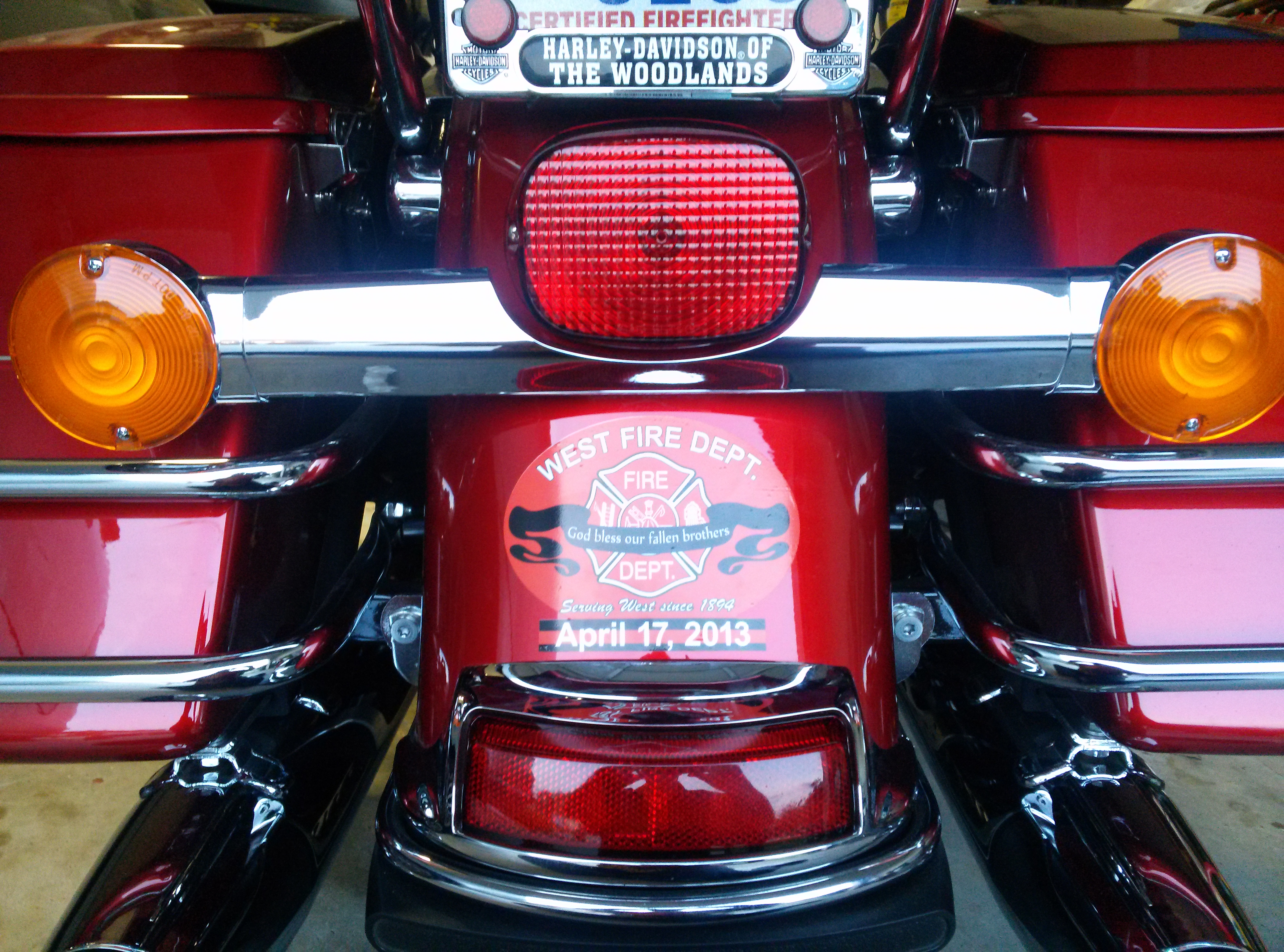 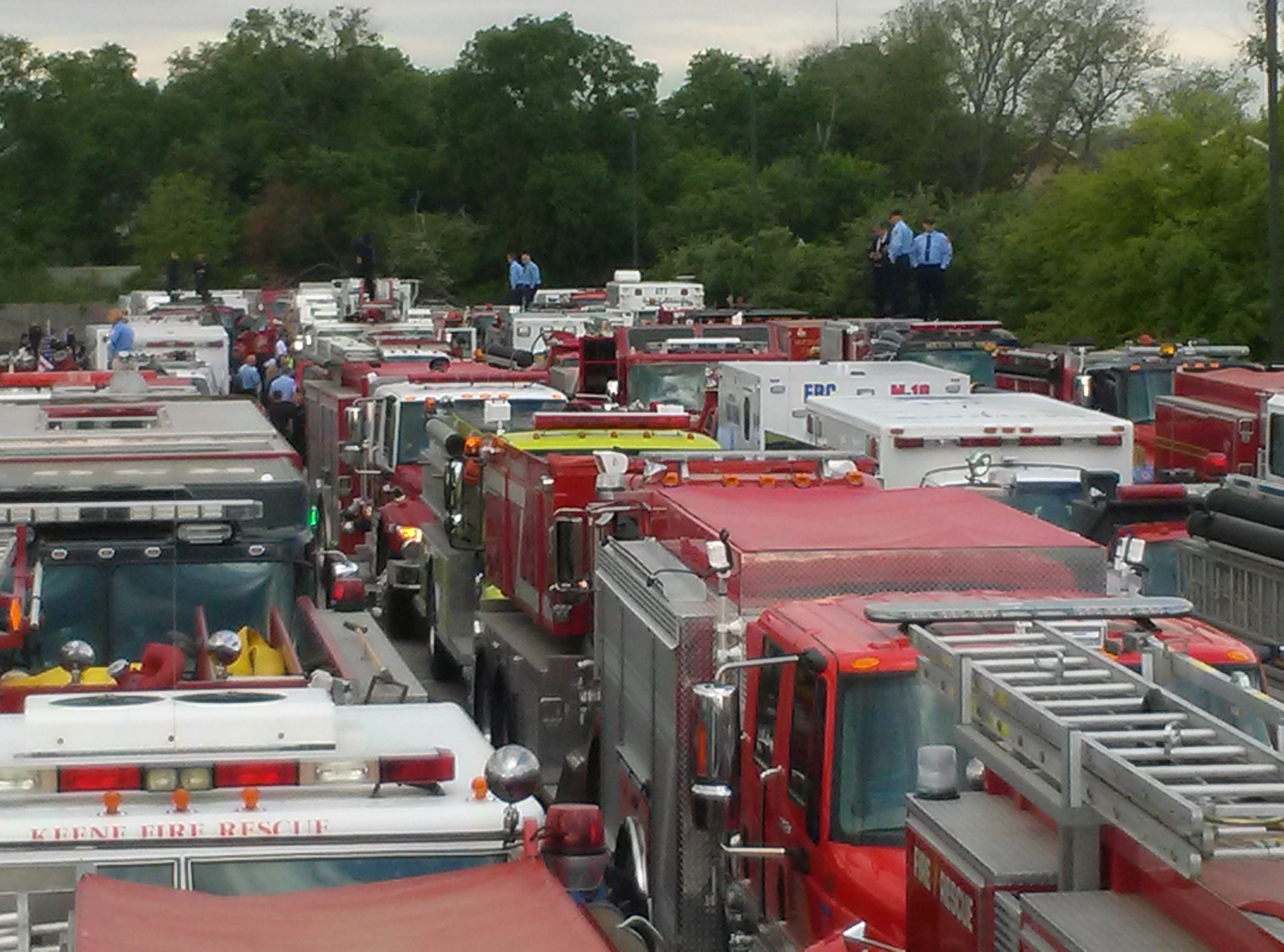 Officer Miller stands atop his fire engine to view the queue of fire apparatus attending the West, Texas memorial service.