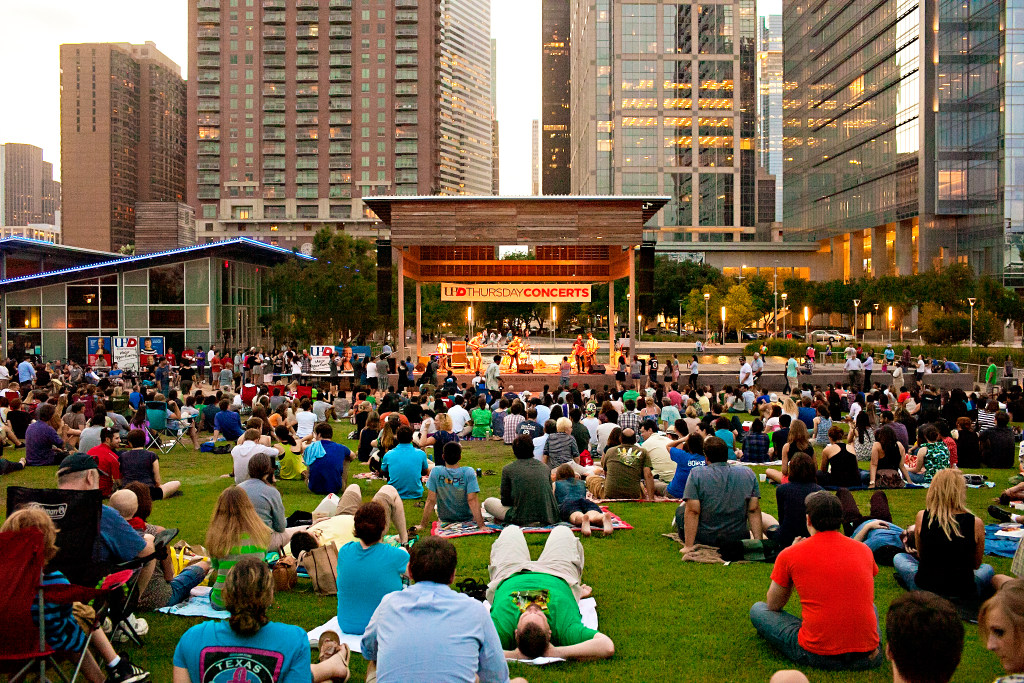 The University of Houston-Downtown (UHD) and Discovery Green are partnering once again to host a series of family-friendly concerts featuring the Gulf Coast's best local talent. The performances will take place, from 7 to 9 p.m., every Thursday beginning May 17 through June 28 at the Fondren Performance Space in Discovery Green Park.

Houston's Hip-Hop royalty, Slim Thug, along with DJ Baby Roo, will kick off the series. The rest of the summer line-up features both established artists and up and coming performers from all over Southeast Texas. Some of the featured artists this year include Grammy-nominated singer Ruthie Foster, who specializes in a range of styles including soul, folk and gospel. In addition, Houston six-piece band, VODI, will offer an indie sound mixed with synth while the legendary Dale Watson will take the stage giving audiences his signature honky-tonk style. The majority of the featured acts are native Texans who will be performing a range of genres from blues and funk to roots rock and outlaw country.

"I feel that out our partnership with Discovery Green through hosting the annual Summer Concert Series highlights the richness of our downtown footprint," said UHD Director of Alumni Relations Liza Alonzo. "Our campus' backyard is Downtown Houston, so entertaining our campus community and the surrounding community provides a wonderful and unique opportunity to bring people together under the stars for a showcase of some of the best regional and local musical talent."