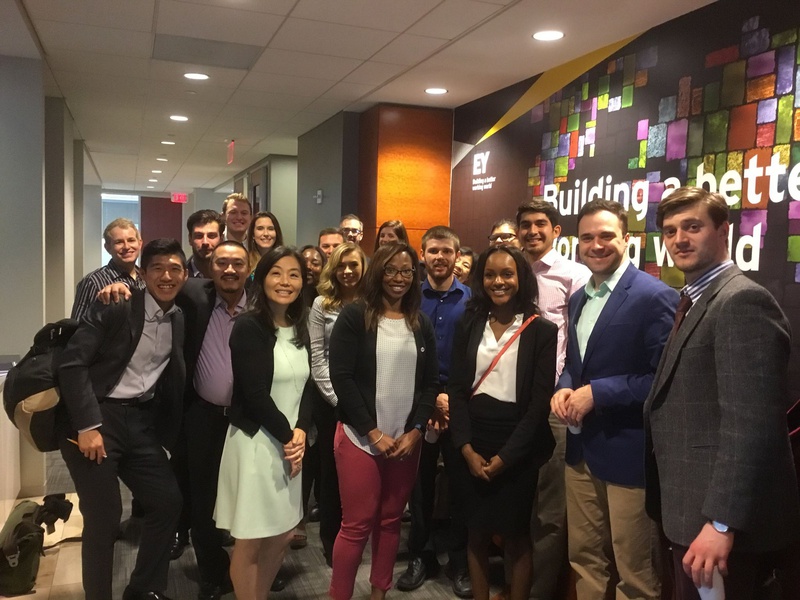 Millennials represent one quarter of our country's population—more than 80 million people.

With such prominence, however, there are significant amounts of negative criticism and stereotypes. It's not uncommon to hear that these Americans—born roughly between 1980 and 2000—are dispassionate, self-centered, obsessed with technology and an easy path to success. But there's a new group of individuals dedicated to changing the conversation about the world's perception of Generation Y… one millennial community at a time.

It Began With a Visit

Bill Imada, chairman and chief connectivity officer of IW Group, visited UHD in 2015 as an executive guest speaker at the Marilyn Davies College of Business. His connection to the University is through UHD's membership in the Asian Chamber of Commerce.

A number of UHD students were impressed with Imada's speech, especially Gator MBA student Brooke Kahlich, who asked him to speak to her business classes at Dr. Kirk Lewis Career & Technical High School in Pasadena. Imada readily agreed, initially thinking that he would be visiting a school near his home in Southern California, rather than a smaller city in Southeast Harris County that shares the same name. But, a few thousand miles didn't deter Imada. A few weeks later, he returned to Houston to speak to more than 50 of Kahlich's high school students. Kahlich's goal for opening her classroom to this nationally prominent executive was to start changing the conversations about millennials while inspiring her students.

"Staying inquisitive about the world around us and constantly learning new things and ideas is what I always strive to do," said Kahlich. "I want to instill in my students that gaining knowledge about different industries, policies and companies can help you understand what career you want and the importance of finding one that aligns with your values is essential for happiness and success."

After Imada's visits to Houston, Kahlich and other UHD students were invited to join the National Millennial Community (NMC), which Imada founded in 2015. NMC's vision is clear: "to create a dialogue that effectively changes the conversation about the millennial generation." The Community is comprised of individuals from different life stages, ethnicities, religions, political affiliations, economic statuses and overall perspectives. Members of NMC hail from 25-plus universities from around the country in six different time zones—spanning from Alaska to Florida to Massachusetts to Hawaii—who have met with more than 90 industry executives over the last 16 months.

"Some of our interns expressed frustration over the many misconceptions held by corporate, nonprofit and governmental leaders about their generation," said Imada. "I encouraged them to speak up and confront these widely held beliefs. NMC also allows executives and millennials to have conversations about their mutual interests, needs, ideas and aspirations."

For two days, NMC members met with a spectrum of Houston companies—BP, Ernst & Young LLP, Waste Management, the Houston Astros, and The Black Sheep Agency. At Houston Public Media, the students taped short-subject radio programs featuring topics, such as "Advice for GenZ;" "Advice for Professors;" and "The Role Millennials Play in Fueling Trends," among others. One of the itinerary's highlights included a conversation with Mayor Sylvester Turner and The First Daughter of Houston, Ashley Turner, who is an unofficial Millennial Affairs Advisor to her dad.

Fast forward to 2017. In partnership with NMC, the University recently hosted a visit to the Bayou City where more than 15 millennials from around the country, including five UHD students, gathered to change the conversation by intelligently communicating millennial thought.

"Being able to show my fellow members how great our city is was an honor," said Kahlich. "Houston was the only city that had a mayor volunteer his time to speak with us! It's mind-blowing to know that Sylvester Turner—the mayor of the nation's fourth largest city—carved time out of his busy scheduled to talk to a group of millennials."

As an NMC faculty liaison for UHD, Dr. Sarah Walker, works with graduate and undergraduate students who are interested in engaging with executives to dispel some of the stereotypes that plague millennials.

"The visit to Houston created a chance to raise both the prominence of NMC with Houston-area businesses and UHD," said Walker, associate professor of management in the Davies College of Business. "The National Millennial Community is unique for universities, like UHD, that historically might not have had such opportunities. Such exposure creates an opportunity for conversations to begin about how and where to recruit talent more broadly.

For Michael Huynh ('15), who also is pursuing an MBA at UHD, being an NMC member has opened so many doors of opportunity to have those meaningful conversations—from traveling around the country to meeting new people. "It's a privilege to represent the University. I value the experiences and relationships I have fostered through this program," Huynh said. "Programs, like NMC, add value to the University and shows UHD's leadership and commitment to academics, business and the community."