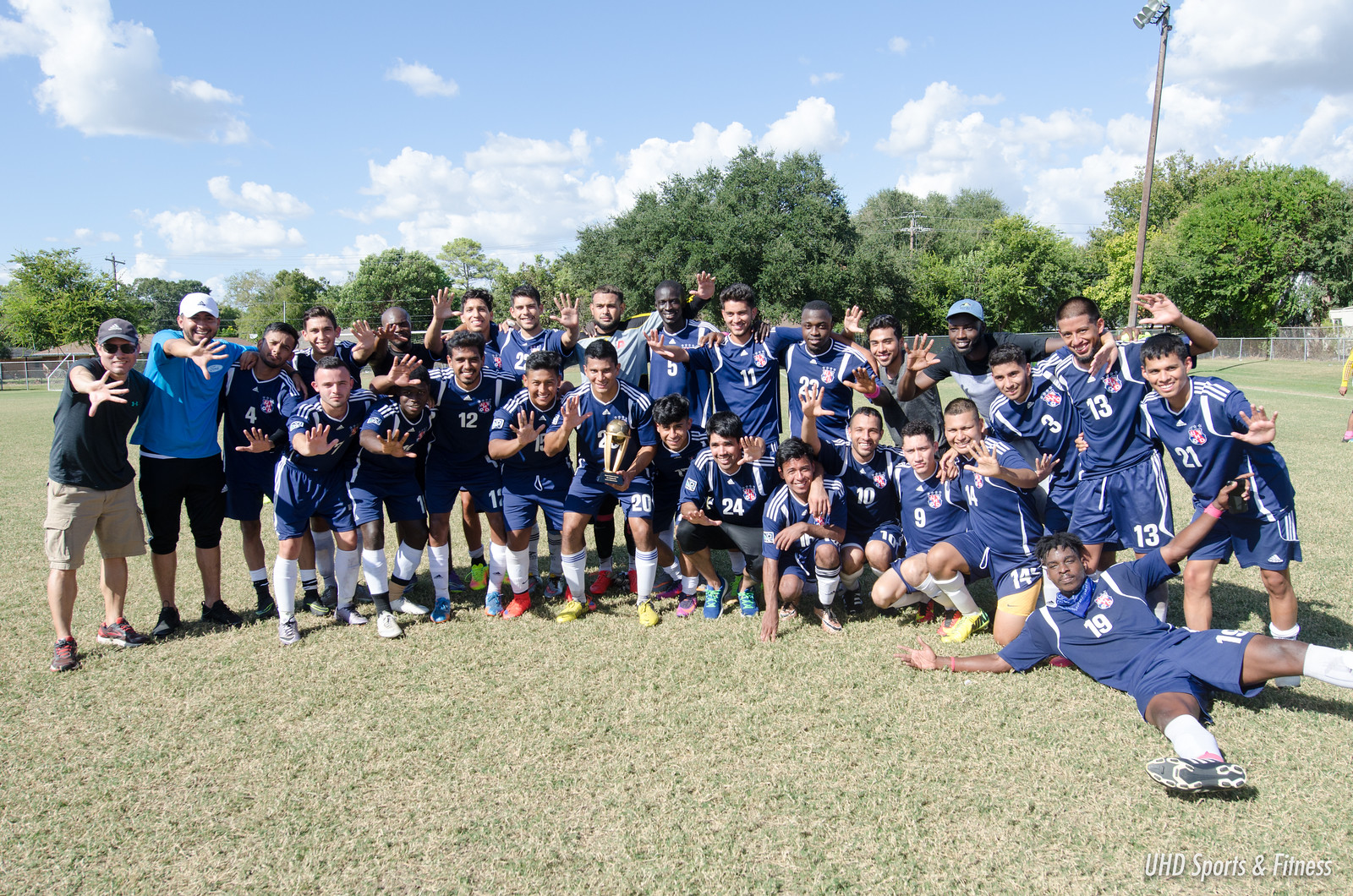 UHD began the weekend on Friday night, Oct. 21, in the HCSC semi-finals versus the No. 1 overall seed in the conference, HCC. The Gators were trailing at halftime 0-1 after HCC scored on a penalty kick in the first half. UHD's Richard Villa scored on a penalty kick in the second half to tie the match at 1-1. With 15 minutes remaining in the match, Mario Ortiz knocked in the go-ahead goal for UHD to give the Gators a late 2-1 lead. However, HCC responded in the final seconds to tie the match at 2-2 and force penalty kicks to decide the winner. Richard Villa, Oswaldo Olvera, and Carlos Solis all knocked in their penalty kicks to keep up with HCC. UHD goalkeeper Fernando Zapata came up with a huge save to give UHD the opportunity to win the match on their final penalty kick. Marbin Gonzales did just that, and scored on the final penalty kick to give the UHD men's soccer club a hard fought victory and berth the Houston Club Sports Conference (HCSC) championship on Sunday afternoon.

The HCSC championship was a rematch between UHD and Lone Star College-North Harris which finished in a 2-2 tie on Oct. 8. Cesar Arellano scored on a header to give UHD a 1-0 lead right before halftime. North Harris responded in the second half and scored a goal with 20 minutes remaining to tie the match at 1-1. Just like the semi-finals, the championship match had to go into penalty kicks to decide the winner. Both teams kept on exchanging goals until North Harris missed their fifth attempt. With a 5-4 advantage in penalty kicks, it only took one save for UHD to secure match. Similar to Friday night, UHD goalkeeper Fernando Zapata came up with the save of the year and captured the fifth HCSC championship for the UHD men's soccer club team.

The club earned a berth to the National Intramural-Recreational Sports Association (NIRSA) Region IV Soccer Tournament which is Oct. 28-30 at Texas Tech University in Lubbock, TX. All of the top men's club soccer teams in the Southwest Region will be there competing for a berth to the NIRSA National Soccer Championships in Foley, Alabama Nov. 17-19.