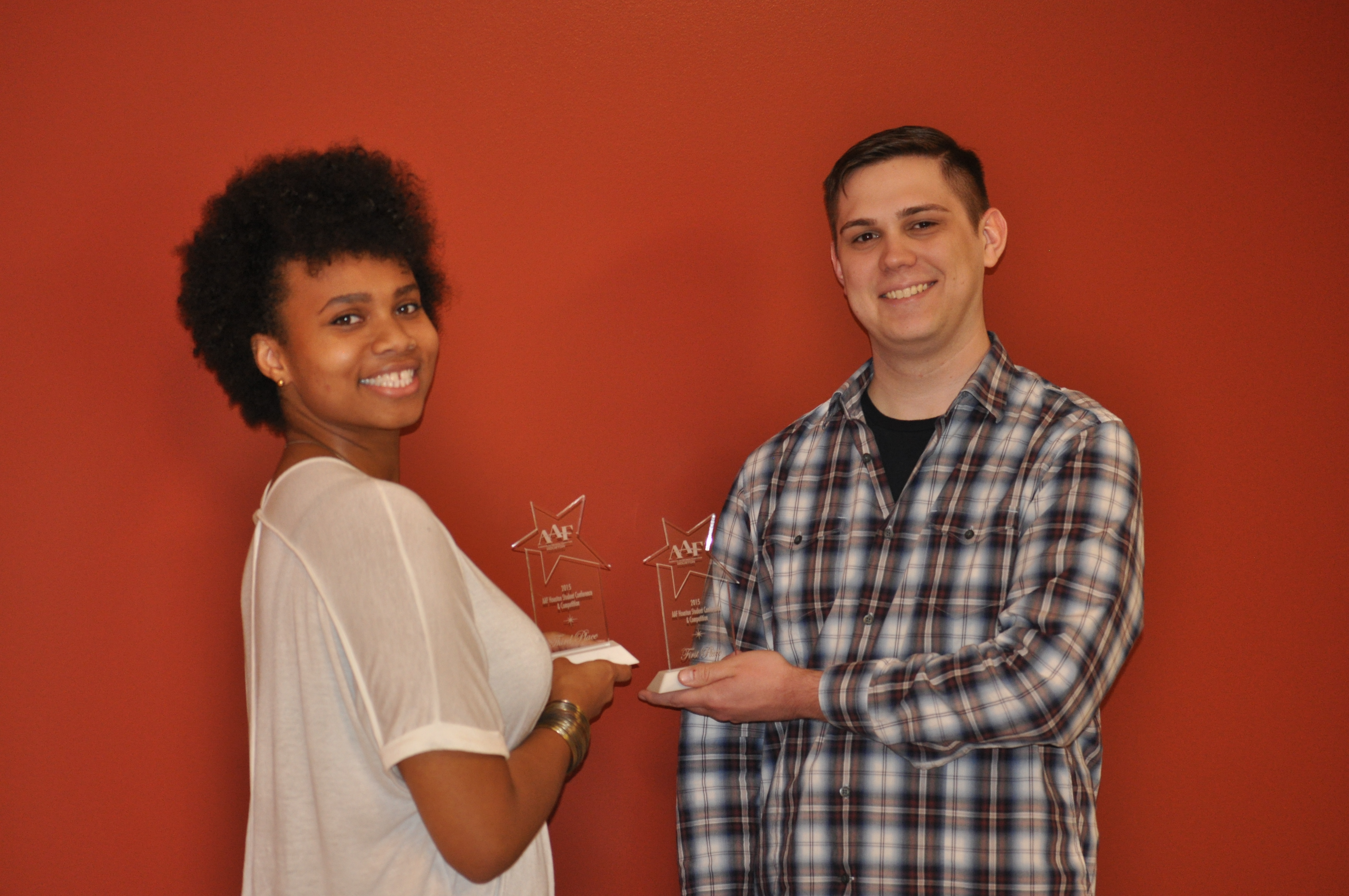 Nine students from the University of Houston-Downtown participated in the annual American Advertising Federation-Houston Student Conference and Competition on November 6 - 7. More than 180 students from Texas, Oklahoma, Arkansas, and Louisiana were in attendance.

This year's client was the Museum of Natural Sciences and the teams were charged with the task of developing a campaign for the Museum's Mixer and Elixer event.

Students were placed into one of 17 new teams with students from other universities. Each team operated like an agency; students were assigned to specific roles such as account services, copywriter, graphic designer, marketing strategist, media planner, and new media strategist.

In addition, each team submitted a full SWOT analysis, campaign theme, campaign tactics including the creative material, a budget to execute the campaign and a video presentation pitching the campaign.

Snell had the role of marketing strategist. He found the experience both exhausting and invigorating.

"Unifying differing viewpoints, experiences, and creative styles into a complete and actionable proposal was a challenging and rewarding experience," said Snell. "My understanding of marketing and applying multiple and intricate concepts was put to the test in this real world scenario."

Finesse Haverly played the role of media planner on her team. She found the experience challenging and validating.

"One of the most exhilarating and validating experiences ever," said Haverly. "I was able to bring my skills and knowledge to a room of other talented students. We put our brains together and created an advertising campaign that pushed our limits — and it was a winning campaign!"

Some of the creative tactics from this competition will be used by the Museum of Natural Sciences as they build their Mixer and Elixer event.

"During the reward ceremony, Tammy Guest, Chair of AAF-Houston Board, commented that the quality of the work across all 17 teams was some of the best in recent years," said Madeline Johnson, Ph.D., professor of marketing at UHD. "The excitement on Friday evening when the entries were submitted was just electric. Our UHD students were great team players!"

Visit AAF-Houston, for more information. The student conference and competition can be found under the "Events" tab.