UHD In Time: Poet Lorenzo Thomas — The Beauty of Being Humane 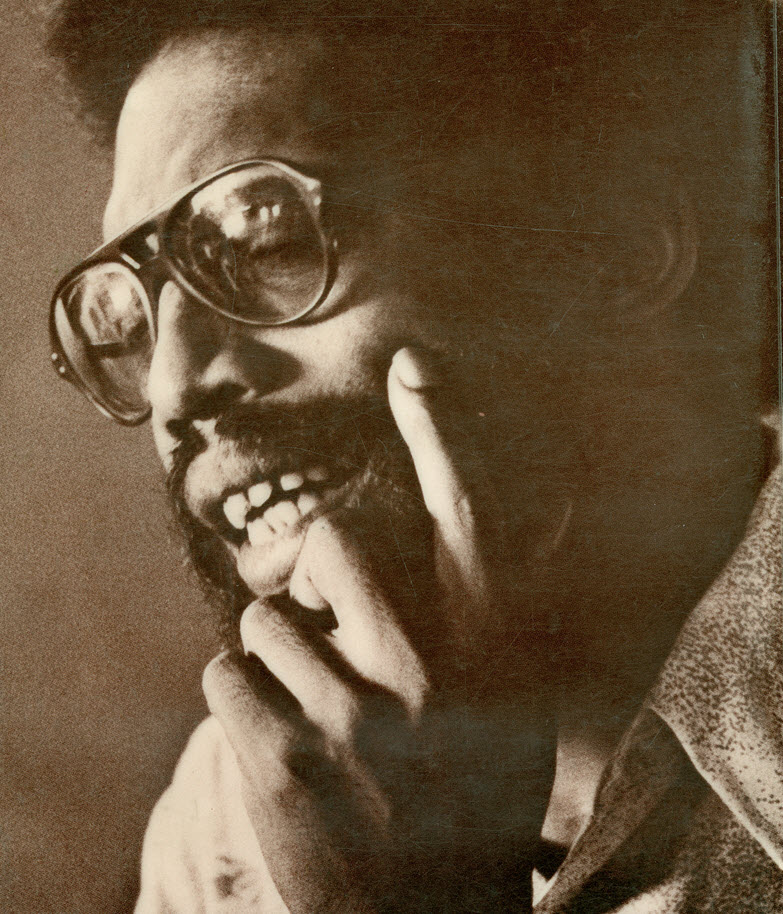 One of the most memorable figures in University of Houston-Downtown's history is American poet, critic and beloved UHD professor, the late Lorenzo Thomas.

By way of the Republic of Panama, Thomas and his family—a pharmacist father and a community activist mother—immigrated to New York in 1948. A graduate of Queens College, City University of New York, he earned a Bachelor's of Arts in English Literature in 1967. He also pursued graduate work at New York's Pratt Institute before serving in Vietnam with the U.S. Navy in '68.

While in New York, Thomas joined the Umbra Workshop—as one of its youngest members— which drew young writers to the city's Lower East Side in search of their artistic voices. Umbra—a vessel for emerging black poets, such as Ishmael Reed, David Henderson, Tom Dent and Calvin C. Hernton—was one of the catalysts that fed the '60s and '70s Black Arts Movement after the Harlem Renaissance.

Thomas moved to Houston in 1973 and joined Texas Southern University's faculty as a writer-in-residence.

Years later he made his way to UHD where he taught writing and literature and served as a faculty advisor for The Bayou Review literary journal. While at UHD, Thomas continued publishing several books of poetry and was a contributing writer to Ploughshares (literary magazine), the African American Review, and many other journals in the U.S. and abroad.

During his two-decade career at UHD, he received an Excellence in Teaching Award and was the first director of the Cultural Enrichment Center, which still thrives today and has hosted guests, such as Maya Angelou, Junot Diaz, and Cornel West, to share their experiences with the University community for the past 35 years.

He was also involved in the Poetry-in-the-Schools Program in New York, Texas, Oklahoma, Florida, Arkansas, and Georgia. Thomas is responsible for organizing the Juneteenth Blues Festival in Houston and other cities in Texas.

A writer whose work has been described as 'bluesy lyricism married with a social conscience,' he is the author of five poetry collections: A Visible Island (1967); Dracula (1973); Chances Are Few (1979, reissued in 2003); The Bathers (1981); and Dancing on Main Street (2004). Thomas was the recipient of a National Endowment for the Arts grant and the Houston Festival Foundation Award.

Poet John Ashbery commented on his work: "Thomas's poems have a graceful New York school nonchalance that can swiftly become a hard and cutting-edge when he writes of the African-American experience."

After battling an illness for several years, Thomas passed away on July 4, 2005 at the age of 60. In honor of his legacy, The Bayou Review's 20th anniversary issue—published in spring 2007—was dedicated to him. The issue included dedications, poems, and works of art by former UHD colleagues and friends; however, Thomas welcomed its readers:

"Art is human perception of natural beauty. It is also, in its very performance, the unique and miraculous beauty of being humane. The experience of art—its making and its enjoyment—is what makes us both human and humane."

UHD In Time: Poet Lorenzo Thomas — The Beauty of Being Humane