The Houston Chronicle reported on UHD being one of three institutions in Texas to receive a National Endowment for the Arts Big Read Grant. See it here.

UHD's drama troupe was featured on the Edinburgh Fringe Festival website for their upcoming festival performances of "Julius Caesar" in the original pronunciation. See it here.

Crossroads Today, out of Victoria, Texas, reported on the signing of a local high school powerlifter who signed with UHD and the University's powerlifting team. See it here.

The Houston Chronicle reported on one of UHD's outstanding recent grads in the story, "University of Houston-Downtown Graduate, 67, Realizes His Dream, Earns Diploma." Read it here.

UHD's Thursday Concerts at Discovery Green were highlighted by Your Houston News. See it here. 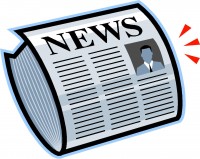